How Is The Alpha Female Meerkat “Queen” Chosen?

How Is The Alpha Female Meerkat “Queen” Chosen? 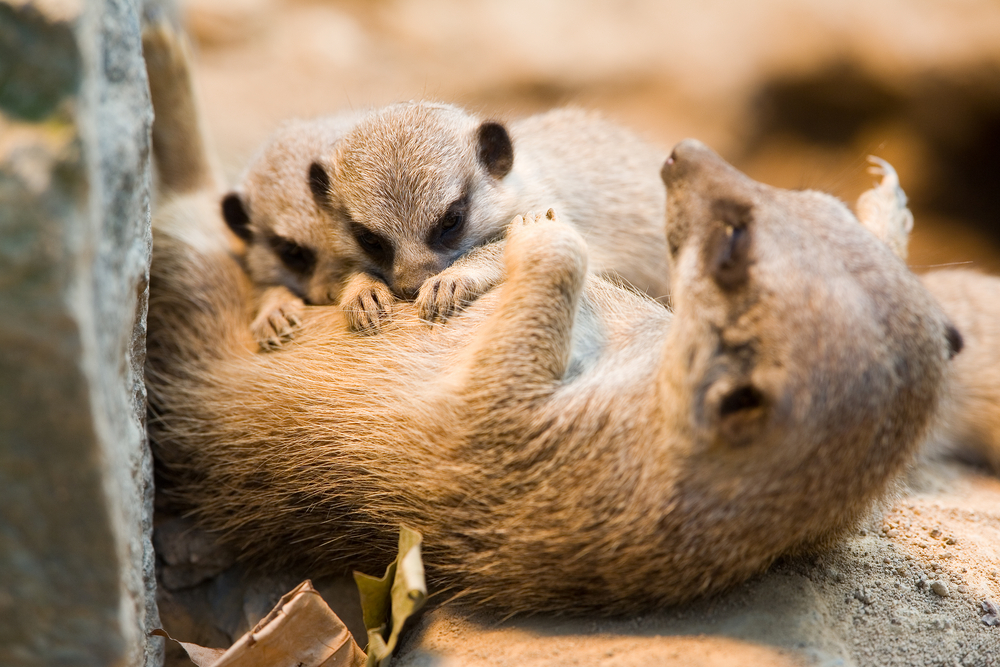 In cooperatively breeding mammals such as meerkats (as well as naked mole rats, and several social primates) there is a dominant breeding couple – the king and the queen. Other members of the group are subordinate, and do not sexually reproduce. Instead, they help the dominant couple to raise their offspring and work to retain the favor of the meerkat queen.

How does a certain female become the meerkat queen?

In meerkats, unlike many other mammals, dominance is not determined through genetics.

A pup born to the meerkat queen has no advantage when it comes to whether she will become dominant herself. This makes sense, as a dominant female meerkat has an average of seventy pups during her reproductive tenure. This is far more than other mammals with comparable lifespans.

This huge number of offspring means that one is no more likely than any other to be “special.”

A meerkat female can become the alpha in two ways:

The latter usually happens when a subdominant female is evicted by a very aggressive alpha and then leaves the group permanently along with closely related females who will benefit from a new regime with their closer genetic relatedness to the new alpha.

Since the alpha female bears the most of the group’s litters, it’s more likely that her successor will be one of her offspring rather than a pup born to a submissive mom.

If an alpha female dies due to some unforeseen event, her position will likely go to the female with the next highest body weight and age who can out-compete the others at that exact moment.

How does the meerkat queen retain her role?

Dominant females undergo a secondary growth spurt once they obtain a breeding position. They are therefore of considerably larger size than submissives. The meerkat queen will kill the pups of their submissive counterparts on the rare occasion that the submissives become pregnant.

Older (and therefore larger) submissive females represent a greater threat to the queen. These females ramp up their subservient behavior toward the dominant, especially when she is pregnant. The queen will evict other females in the weeks leading up to her birth. This is to reduce the likelihood that the submissives will kill her pups while she is in a vulnerable state.

Why it’s good to be the queen

Helpers take on a number of roles in order to help the queen:

In meerkats, subordinate females are dutiful toward dominant ones. They will grooming the queen, suckling their babies, and generally doing their best to remain in good favor. There can be serious backlash from dominant females toward submissive ones for misbehavior – including attempts at mating.

To avoid being evicted by the alpha female, submissives try to maintain a good relationship with the dominant. This includes providing nutrition to the newborns of the dominant one in the form of wet-nursing, or allonursing. Subordinate females who have recently been evicted from the nest are even more likely to allonurse the offspring of the queen. There has been no direct demonstrated physical benefit of this extra milk to either the pups or the queen. The pups do not gain more weight from the additional milk supply. The dominant female does not have a shorter interval between births. She does not cut down at all in her own nursing of her offspring.

This post is an excerpt from my book “Wild Moms: Motherhood in the Animal Kingdom.”