White Sturgeon in the Fraser River

White Sturgeon in the Fraser River 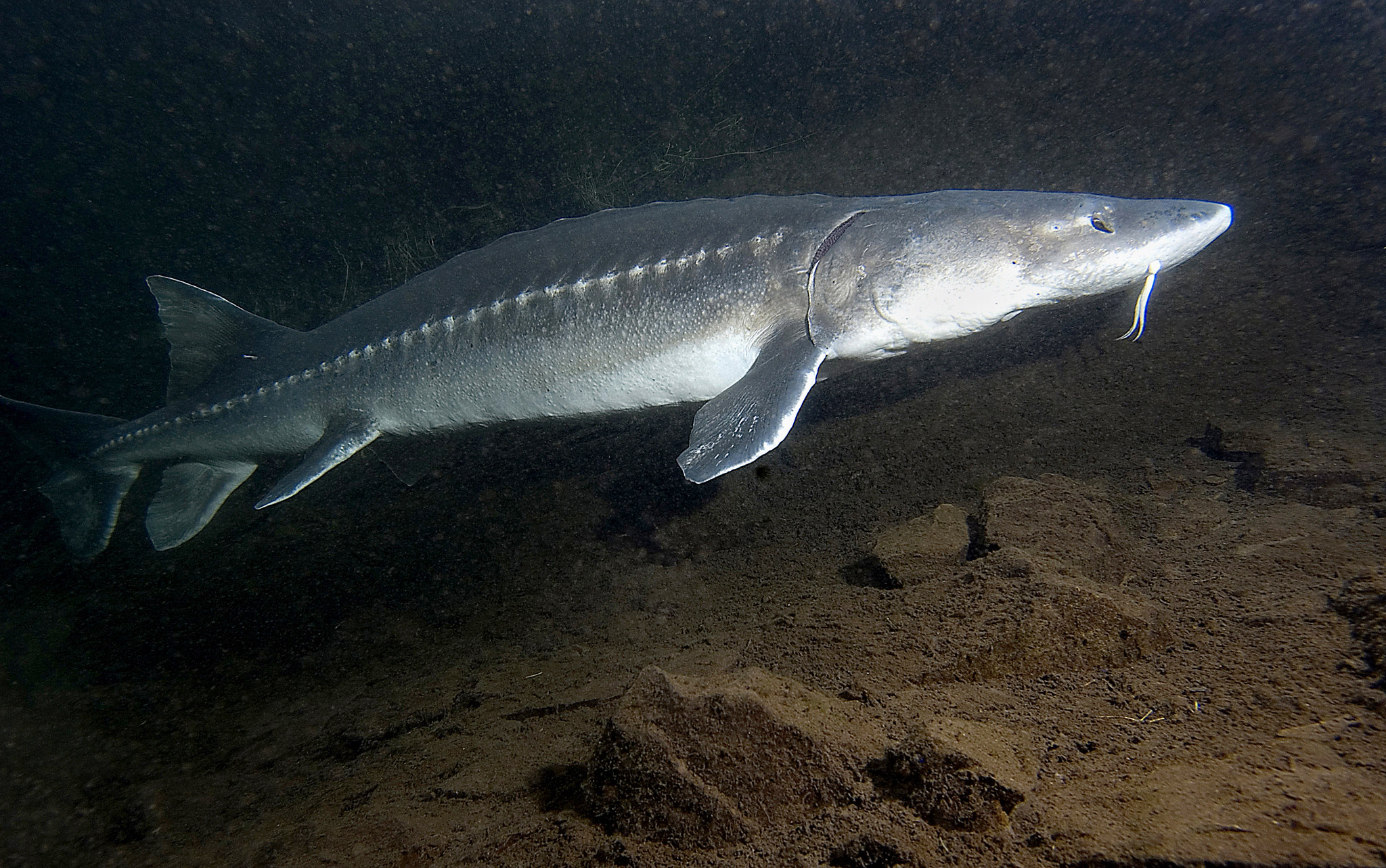 The largest species of freshwater fish in North America also has the longest lifespan.

The White Sturgeon can reach lengths of over 6 meters and live for over 150 years.

Sturgeon fossils have been discovered from the mid-Jurassic period, and these ancient fish have remained relatively unchanged for millions of years.

Instead of scales, White Sturgeon have bony plates called scutes arranged in rows down its body. They have broad, flat heads, and their mouth is located on the underside of their head. Their whiskers help them find food below them, relying on touch and taste rather than eyesight.

They have survived ice ages, volcanic eruptions, and many changing climates.

However, their populations are dwindling and are now only a fraction of what they once were.

On November 22, UFV had a film screening of Heart of the Fraser. This is a documentary about the continued destruction of the Fraser River, especially the area in which sturgeon spawn.

The film screening was hosted by the Watershed Watch Salmon Society, NERV Productions and the Faculty of Science at UFV.

According to the Committee on the Status of Endangered Wildlife in Canada, the White Sturgeon is now an Endangered Species.

Sturgeon Spawning on the Fraser River

Sturgeon are incredible animals who spawn locally on a stretch of the Fraser River.

Between Hope and Pitt Meadows, the river deposits the gravel it has been carrying from the interor. This area is known as the gravel reach. The gravel reach is a major spawning ground for these ancient fish, as they prefer a rockier bottom for spawning rather than feeding.

White Sturgeon have a very late spawning age compared to other fish. Males do not reach spawning age until they are 15 years old. For females, spawning age is over 20 years.

Females do spawn more than once, but only every 4-10 years.

Almost all of the fish in this area are over 30 years old. This could mean that the fish are not reproducing successfully. It could also mean that young sturgeon are not living long enough to reach sexual maturity.

With most of the fish already over 30, it seems as though an entire generation of sturgeon is already missing from the population.

When sturgeon spawn successfully, they lay an incredible amount of eggs. A medium-sized female can lay about 700,000, while 3-4 million is possible in the largest females.

Males and females spawn together, releasing eggs and sperm into the water. The small eggs stick to the rocky bottom and remain relatively safe from predators until they hatch, which could be between 5-25 days.

White Sturgeon Population in a State of Decline

There are many possible reasons for the decline of the sturgeon population.

Unless something is done, these ancient fish will likely go extinct.