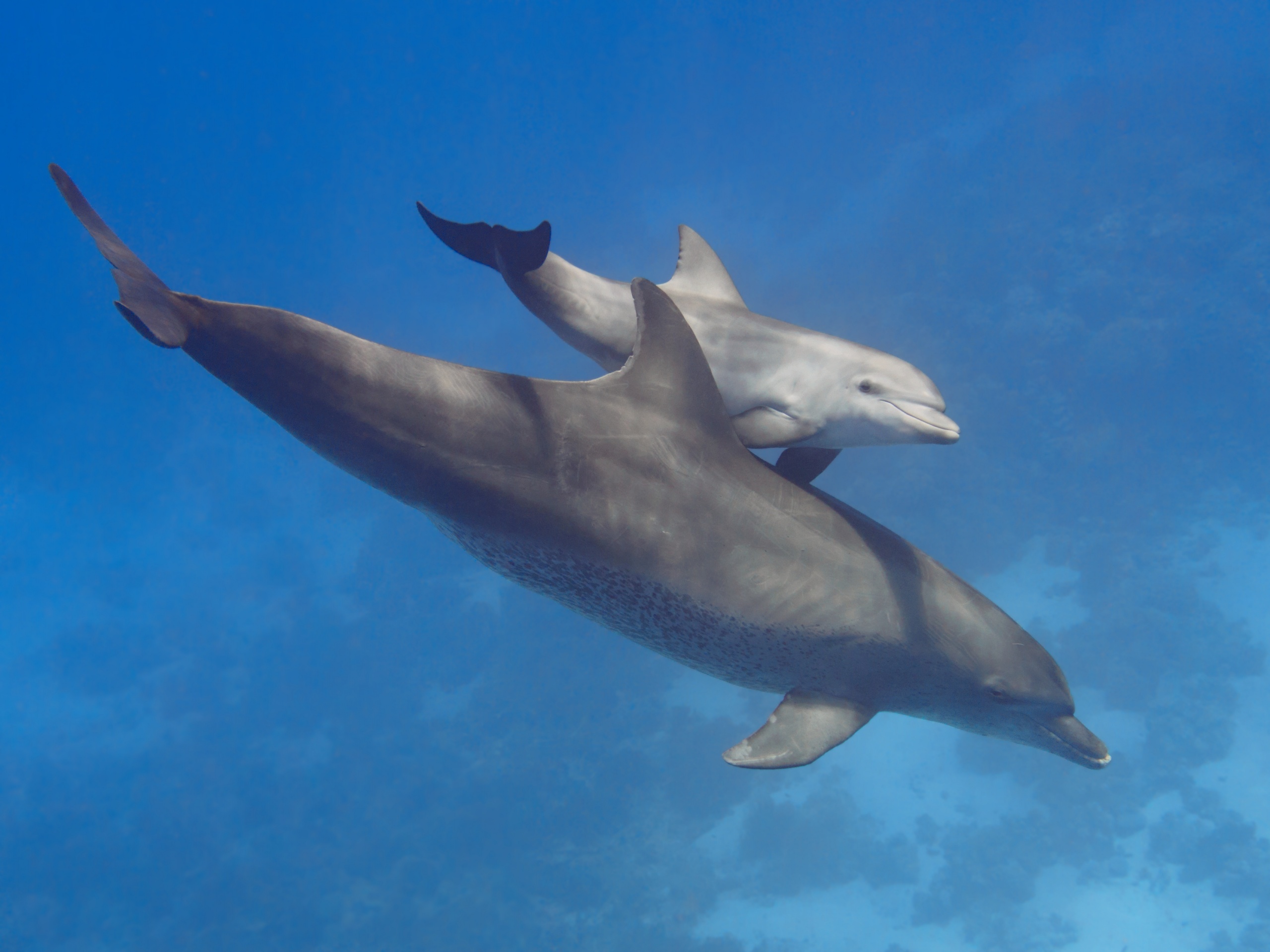 Toothed whales called Odontocetes are mammals that form close social bonds, most often along matriarchal lines, and it is therefore not surprising that an infant’s death can be traumatic for a mother.

Many observations of different species show similar behaviours of mothers whose calves have died. Most frequently, these include carrying the calf on their backs. She will drape her calf over the anterior part of her back, close to the dorsal fin, and she’ll be extremely careful to remain close to the surface of the water so that the corpse doesn’t fall off. If the calf slips off, she will go back and pick it up again and carry on the ritual.

Such behaviour has been exhibited in Risso’s dolphins, bottlenose dolphins, beluga whales, and humpback dolphins. Other cetaceans such as killer whales, sperm whales, and short-finned pilot whales carry the carcasses of dead calves in their mouths.

In many cases, the deceased calves are pushed and nudged along by assisting females, despite some cases being in an advanced state of decay.

Observations of Whale Moms With Their Deceased Offspring

In observations of an Australian humpback dolphin, the mother always remained within one body length of her deceased calf and repeatedly attempted to hold it at the surface of the water.

In one case in which a Risso’s dolphin in the Red Sea was observed carrying a calf, humans managed to rope the calf and drag it to shore. The adult female remained with the calf until it was in very shallow water, and she then remained in the shallows for quite some time afterward.

In another case of human interference, a bottlenose dolphin mother was startled away from the calf she was carrying by the observing research team. The scientists remained nearby but still for two hours, and the mother returned to the calf and resumed her postmortem corpse-carrying.

These examples show that the mourning process in cetacean moms can be quite extensive. It is difficult and rare to observe due to the aquatic environment, but it seems that since the degree of decay of the dead calves varies to such a great extent, some mothers carry their deceased offspring for substantial periods of time.

Newborn dolphins predominantly swim with their mothers in what is called the echelon position, in which the calf is flanking their mother’s dorsal (back) region. This is advantageous because it keeps newborns in close contact with their moms while at the same time reducing their transport costs. They are essentially carried along by a pressure wave that is created by the mother’s body, and this allows both mom and calf to continue moving with the speed of their pod.

The fact that so many individuals have been observed carrying dead infants in a modified version of the echelon position is not surprising; it is likely a natural reaction to providing extra help to the baby anyway.

The behaviour is clear, but the internalization of death is not. Are these mothers aware of their calf’s predicament? Where does the conscious realization of death come in for a cetacean mom? Researchers seem no closer to a final answer.