These Primates Always Have Twins

These Primates Always Have Twins 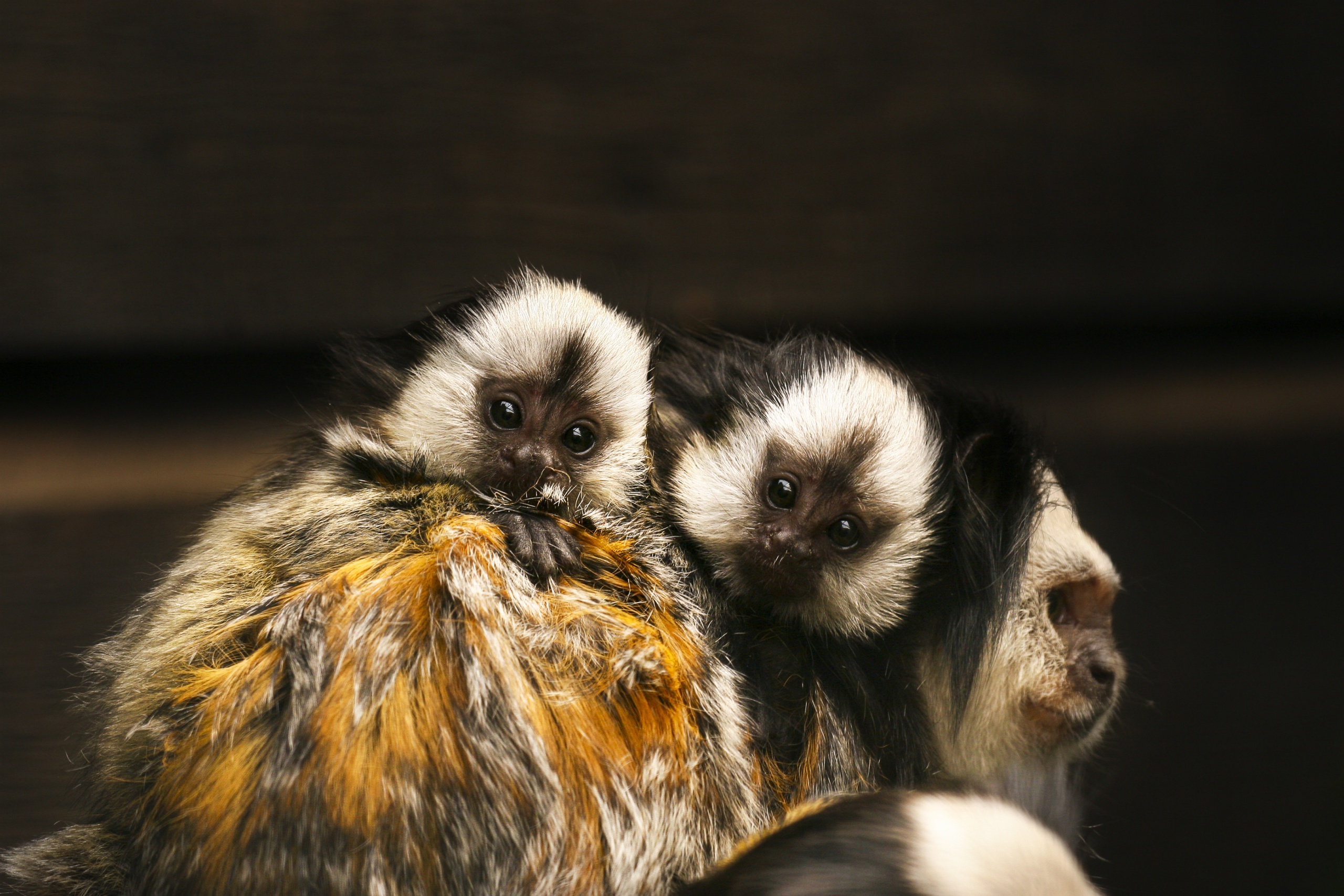 Females always give birth to twins, which are dizygotic but that share a placenta.

Adult callitrichids are small, so a twin birth represents a major investment for adult females.

In fact, the twins are heavy at birth and represent between 16-20% of the mother’s total body mass.

In addition, female callitrichids can get pregnant again within a few days of giving birth.

This means that reproductive females in callitrichid groups have an abundance of work to do. So much, in fact, that they rely on the help of others.

The reproductive systems in these primates rely on the provisioning of offspring by non-parental helpers.

In fact, the cooperative breeding hypothesis was coined to describe the scenario where successful sexual reproduction is not possible without the extra help of non-breeding adults.

Non-reproducing females and all males play a substantial role in infant care in both tamarin and marmoset populations.

From the first day of birth, alloparents and caregivers take the twins (because it’s difficult for new mothers to carry two newborns) and only bring them to the mother to feed.

Callitrichid infants are carried non-stop for the first two weeks of their lives. They are still carried to a large extent for the subsequent ten weeks after that.

Carrying them generally results in weight loss of the helping individuals, so the job of “infant carrying” is usually relegated to larger helpers.

Smaller helpers, even infants from five months of age, are charged with tasks like nest maintenance or food collection.

It was once believed that some callitrichid species were monogamous, making them the only monogamous primates.

However, more detailed studies in recent decades have revealed that there is a great deal of fluidity in the sexual systems of these primates. Some groups are polygamous, with multiple males mating with one dominant female, some are polyandrous, with two reproductively active females, and some groups defy a specific classification as members may engage in sexual activities with individuals from another population.

For the most part, the breeding systems of these primates can be described as cooperative, where most females do not themselves engage in sexual activities, or even ovulate. Reproductive suppression is common in callitrichid populations, but it’s rarely absolute.