Species That Use The Sun In Their Mating Signals

Species That Use The Sun In Their Mating Signals 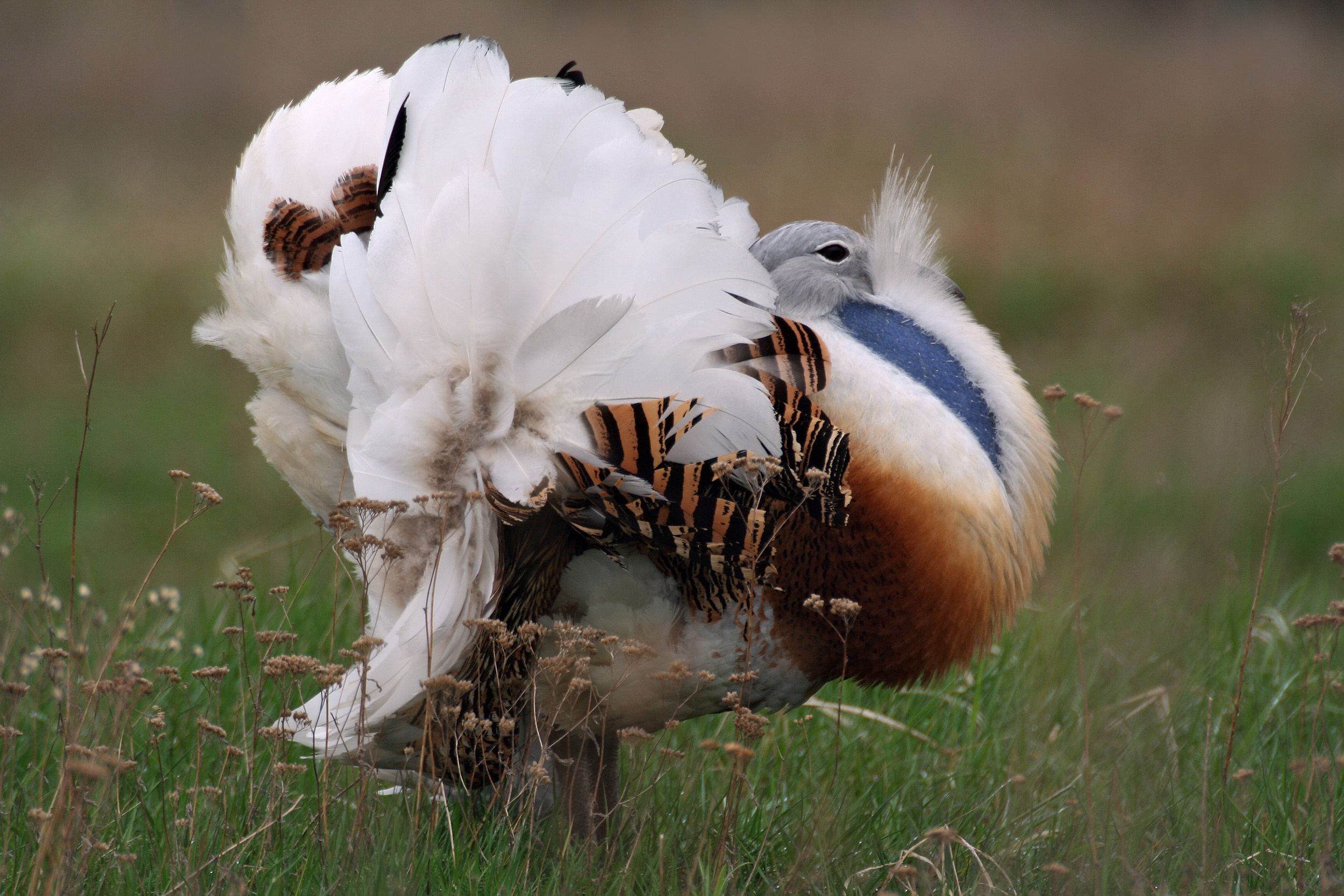 The environment can do a lot of things to increase your chances of sexual success, when used wisely. These species use the sun to help improve the impact of their mating signals.

Using the sun’s light to impress a mate

Great bustard males augment illumination of their white plumage by pointing it at the sun. This maximizes the contrast of their achromatic (white) feathers against the dark background of their habitat.

Iridescent plumage is a common component of sexual signals in many bird species. Such coloration is strongly influenced by ambient light. Iridescent colours change in appearance based on orientation and exposure to the sun. A male can make himself look much more attractive by posing in direct sunlight.

Blue-black grassquit birds in Brazil have been shown to instantaneously optimize their sexual signals by increasing display behaviour and vocalizing whilst bathing in direct sunlight.

A similar use of the sun’s rays has been demonstrated in peacocks that display their plumage at a 45-degree angle to the sun during pre-copulatory mating rituals. The iridescent eyespots on the peacock’s feathers are particularly showy when exposed to sunlight in this way, especially to females positioned directly in front of them.

In addition, they use the power of the sunlight to enhance the appearance of their coloration and further increase reproductive success. Without this “secret weapon” males are at a distinct reproductive disadvantage.

Male guppies have been shown to increase their courtship activities in both the early morning and late afternoon. This coincides with light levels that would make them appear most attractive to females while minimizing detectability by predators.

Using the sun’s heat to win a mate

Heat is another important aspect of the sun’s power that can be harnessed to a male’s advantage.

In some lizard species, females decide where to live and breed based on information contained in scent markings of suitable bachelors. Access to thermal resources – a warm spot – is critical to reproductive success in these and other ectothermic organisms. This means they cannot regulate their own body heat. Therefore, a female needs to choose a male with a territory that allows for basking.

Females have the ability to detect thermal-induced variation in the chemical composition of male scent markings. By using this ability, they can make choices to maximize their reproductive success. In this way, males are indirectly signaling to females about the quality of their territories.