SciFact vs SciFi: Science in Movies and Animals According to Hollywood

SciFact vs SciFi: Science in Movies and Animals According to Hollywood 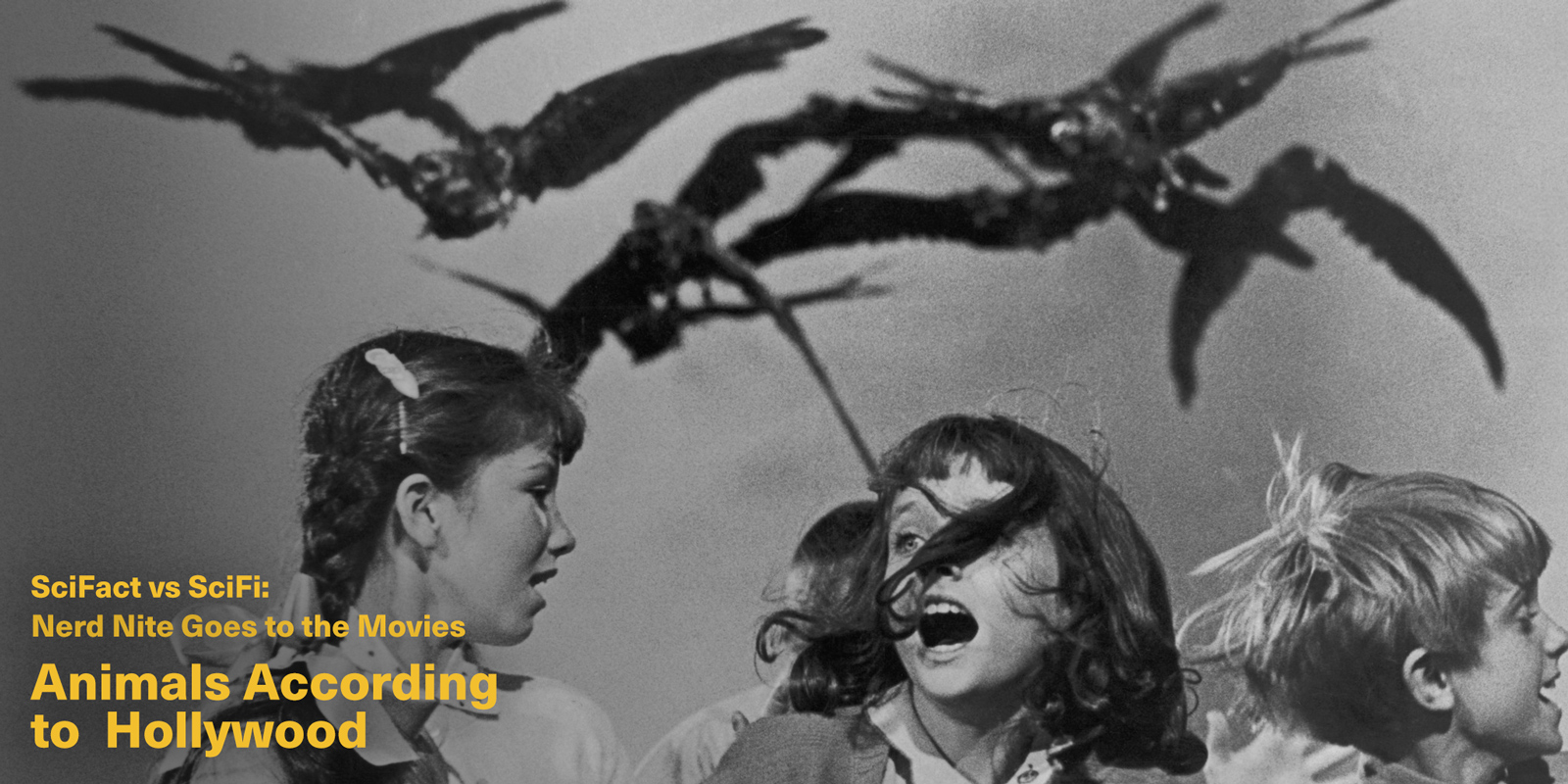 Nerd Nite Vancouver goes to the movies! Join me tonight, July 10, at the Vancity Theatre for “SciFact vs. SciFi: Animals According to Hollywood“. I’ll be giving a presentation before this week’s screening of The Birds. We will take a look at science in movies, separating science fiction from science fact in clips from Rise of the Planet of the Apes, Arachnophobia, Snakes on a Plane, and more.

The films for my talk are all movies where humans fight off animals. Working with Michael Unger, Kaylee Byers, and the VIFF’s Tom Charity, we chose which scenes and which films we would be using for the presentation based on familiarity and, in my case, to get a diverse range of animal interactions. I’ll be focusing on the psychology, ecology, brain function, social behaviour, and physiology in my presentation on animals according to Hollywood.

People tend to fear what they don’t know or understand. Hollywood definitely uses that aspect of our psychology to increase the fear and drama in films. Animals that don’t have a familiar appearance of arms, legs, and a head, such as snakes, make us wary. Snakes on a Plane, for example, definitely takes it way too far with all different species of snakes and misrepresents the animals while adding in the fear of enclosed spaces that people have.

My talk will be followed with a screening of Alfred Hitchcock’s The Birds at 9pm. They don’t call it a murder of crows for nothing! What I like about this classic film is that the monster is actually an animal that many people interact with often. It isn’t supposed to correctly portray the biology of crows or gulls. Both birds are opportunistic feeders, not predators like we see in the film.

Wednesday, July 10
7:30pm, 65 mins
Vancity Theatre
Buy Tickets for “Animals According to Hollywood” or get the double bill for my presentation and The Birds for $20 here.

I hope to see some of you there!

Nerd Nite and the Vancouver International Film Festival are collaborating on a series of science-themed film evenings this summer, with each show featuring a scientist, clips from a variety of movies around a central theme, and drinks! If you like Animals According to Hollywood, check out some of the other presentations on science in movies that will be happening this summer on Michael Unger’s blog post.

PrevPreviousMating Songs: What Do They Mean and How Do They Differ?
NextThe Importance of Animal GrandmasNext