How Primate Moms Decide When to Start Weaning Their Babies

How Primate Moms Decide When to Start Weaning Their Babies 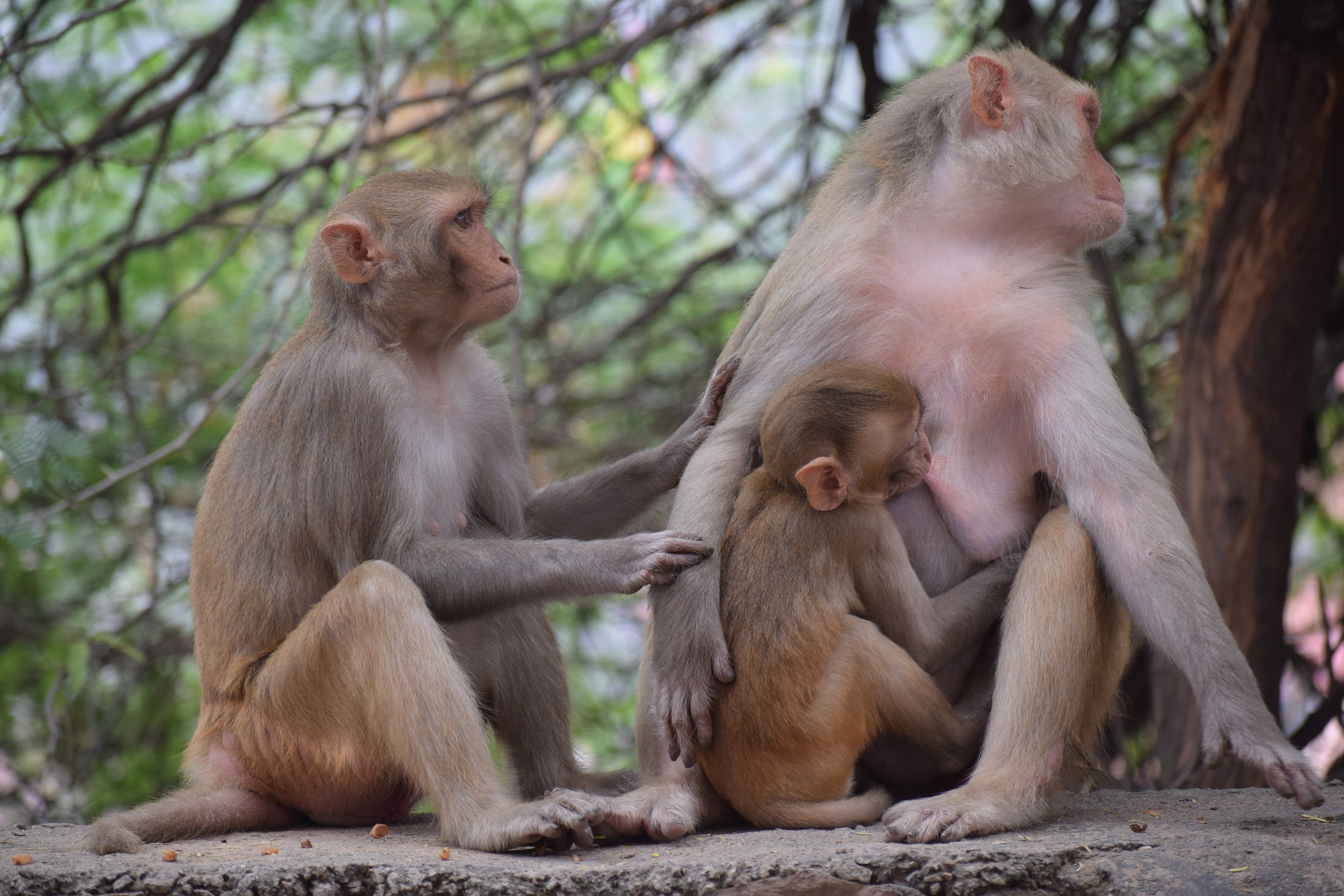 Weaning is a difficult thing to study and to quantify.

Because of the multitude of factors involved that a mother cannot control (resources, predation, environmental stochasticity, number of previous offspring, offspring size, and sex), the time to wean could easily be different for each one of her infants.

In fact, the most important variables in the weaning process involve a multitude of individual characteristics about mom herself.

Weaning is Impacted by the Mother’s Age

The mother’s age makes a big difference in the weaning process; younger moms often must consider their own growth in addition to the growth of their newborns, so they may opt to wean earlier and put a greater level of resources into their own growth and development.

It’s often the case that first-time primate moms are little more than young ladies themselves!

On the other hand, multiparous, older moms do not have as much of a requirement to invest in their future reproduction, and so they may choose to wean their offspring later.

Many human mothers reflect that they weaned their “last” baby at a later age because they knew it would be their last chance to experience breastfeeding.

Was this the case for you? Let me know in the comments!

It’s possible that there could be a similar sentiment in primate mothers. However, most non-human primate mothers continue to produce babies until close to their death. Humans and toothed whales are unique in the animal kingdom in that their reproductive system ages much more quickly than the rest of their body.

Prevous Parenting Experience Alters When a Mother Weans Her Baby

In mountain gorillas, the inter-birth interval of primiparous (first-time moms) is 20% higher than for multiparous ones. This isn’t surprising, given the steep learning curve of first-time moms.

Survival of first-borns is lower for primiparous mothers as well. Infants born to first-time moms have a 50% higher mortality rate than those born to more experienced ones.

Breastfeeding and weaning are just two of the many practices that are difficult when one is doing them for the first time. Primiparous moms generally have a lower quantity and quality of milk than multiparous ones. This is likely related to both physiological and emotional aspects of each.

A mother’s social rank most certainly plays a role in the weaning time of her offspring. High-ranking mothers have priority access to high-quality foods. This makes them more likely to attain their pre-baby energy stores more quickly than low-ranking ones.

It’s been show for some cooperatively breeding primates that mothers receiving help in the form of allonursing and infant care tend to wean their offspring much more quickly than those who do not.

As with most aspects of life, low-ranking mothers have limited access to high-quality foods. They are more likely to experience ill-health themselves. For these moms, there is a more difficult trade-off between supplementing their infants and supplementing themselves.

The Weaning Process is Partially Determined by Mom’s Personality

There is a great deal of diversity in mothering style with respect to how much mothers encourage independence of their offspring.

Macaque mothers will play games with their infants as a way to introduce them to independence. They will place their babies on the ground, just a few feet away and then encourage them to make their way over to them.

Moms may make familiar gestures or sounds so that their infants begin to understand what is expected of them. Macaque mothers begin these games as early as the infant’s first week of life.

Female olive baboons, yellow baboons, and Hamadryas baboons all do something similar: put their babies on the ground, sometimes as early as the day they are born, and take a few steps away before making familiar retrieval vocalizations.

Mother chimps take their tiny infant’s hands and help them to take their first steps while walking bipedally backward. This is done much in the same way that human mothers help their infants.

Perhaps it’s not surprising that the females who encourage independence of their infants from an early age tend to have offspring that wean earlier and have more adventurous personalities.

Maternal encouragement is also sensitive to the competence of individual offspring.

When it comes to weaning and the encouragement of infant independence, there is no easy way to summarize or conclude that “that’s how primates do it.” Some babies are simply ready before others, and all mothers must ultimately make this decision based on each infant’s ability to thrive on their own.