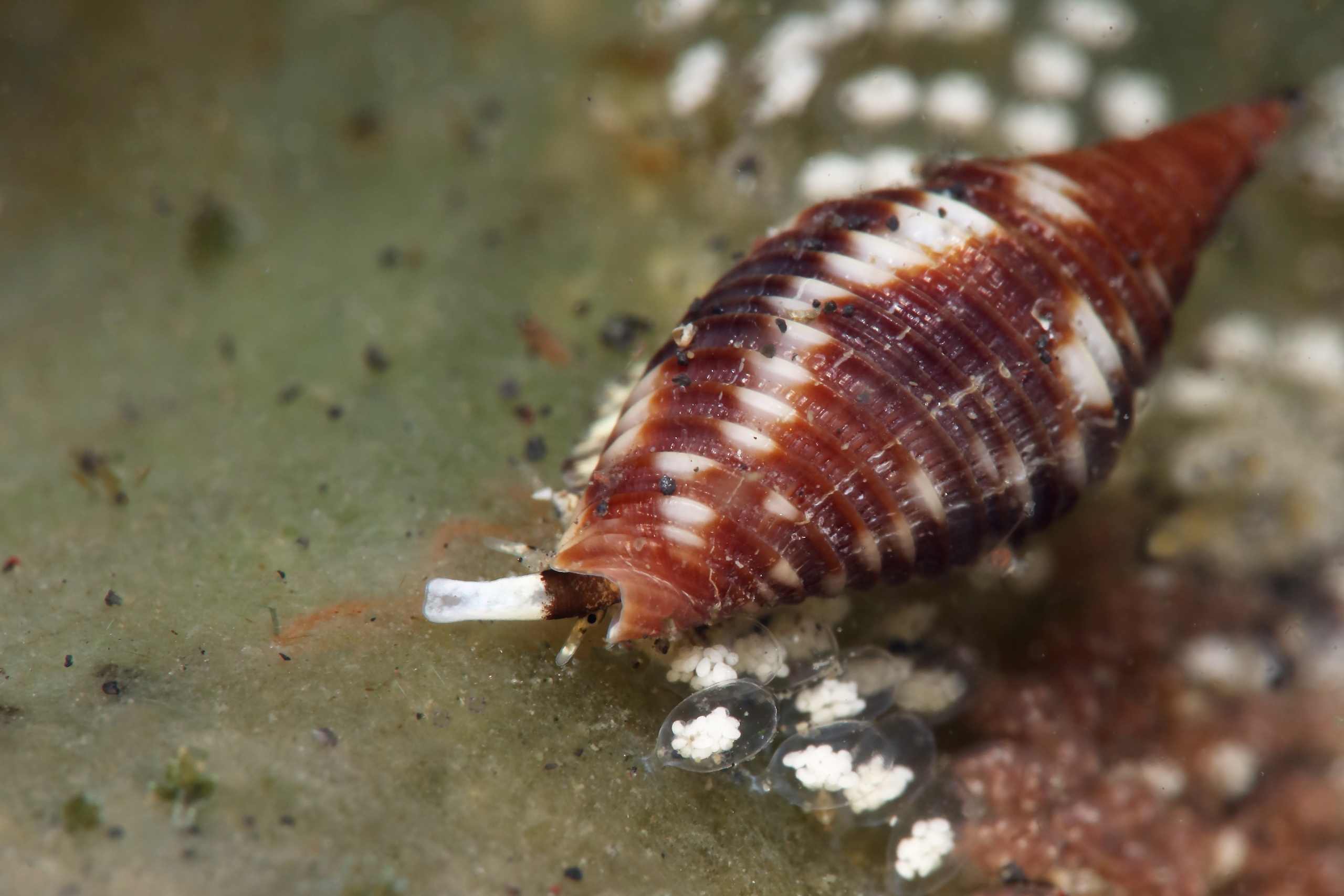 In some species, egg-laying moms construct elaborate nests, burrows, or hiding spots for egg incubation. In other species, embryos are attached to the mother’s body in a specialized pouch or in a crevasse on her body. For some, the embryos are carefully guarded until they hatch.

The type and extent of egg care is largely dictated by the ecology of the species in question and by the order in which egg extrusion and fertilization occur.

If fertilization comes before egg-laying, females lay embryos rather than eggs. Many invertebrate, fish, and amphibian mothers lay egg cases filled with fertilized embryos after they copulate with males and receive sperm.

However, if fertilization occurs after the fact, females lay eggs, not embryos, that then receive sperm from nearby males.

The number of eggs or embryos depends on the mother’s strategy for pre-hatching care. If she knows she won’t be around, she may lay hundreds or thousands of eggs to increase the chance that some of them will develop into adulthood. If she or the father is going to be able to stick around and care for the potential offspring, there will usually be fewer.

One important aspect of egg-case biology is that not all offspring are created equally. Mothers provide some embryos within the egg case with nutritional advantages. Neglected embryos become nothing more than a snack for their own brothers or sisters. Some embryos are destined for survival and others destined to die horrific deaths at the hands of their siblings.

A few species of marine snails engage in something called accidental cannibalism. Occasionally, early developing embryos ingest younger embryos, which continue to develop once they are in the first embryo’s gut.

The ingested embryo eventually bursts free from its cannibalistic sibling, killing it in the process. It can then engage in something called oophagy, or the ingestion of its sibling’s leftover parts.

Terrestrial invertebrates also lay egg clutches. These aren’t necessarily encapsulated together but instead are laid close together in the same area. For example, female flies of various species lay egg clutches in microhabitats according to environmental cues such as resource availability or competition from other females.

These moms fine-tune both the number and sex of the embryos that they deposit to maximize the eggs’ own individual probabilities for reproductive success.

The most straightforward strategy is simply overproducing offspring without providing specific advantages to any of them. Mothers then let their offspring duke it out for survival within their own egg-case groups.

In this way, the strongest, fittest offspring survive and have an excellent chance of making it to sexual maturity themselves. Indeed, females often lay more than ten times the number of eggs that survive to adulthood.

These embryos, who had been forced to fight for their lives before they had a chance to be born, are a far cry from the completely helpless newborns of our own species.

Unlike most mammals, many invertebrates display a remarkable level of reproductive variability.