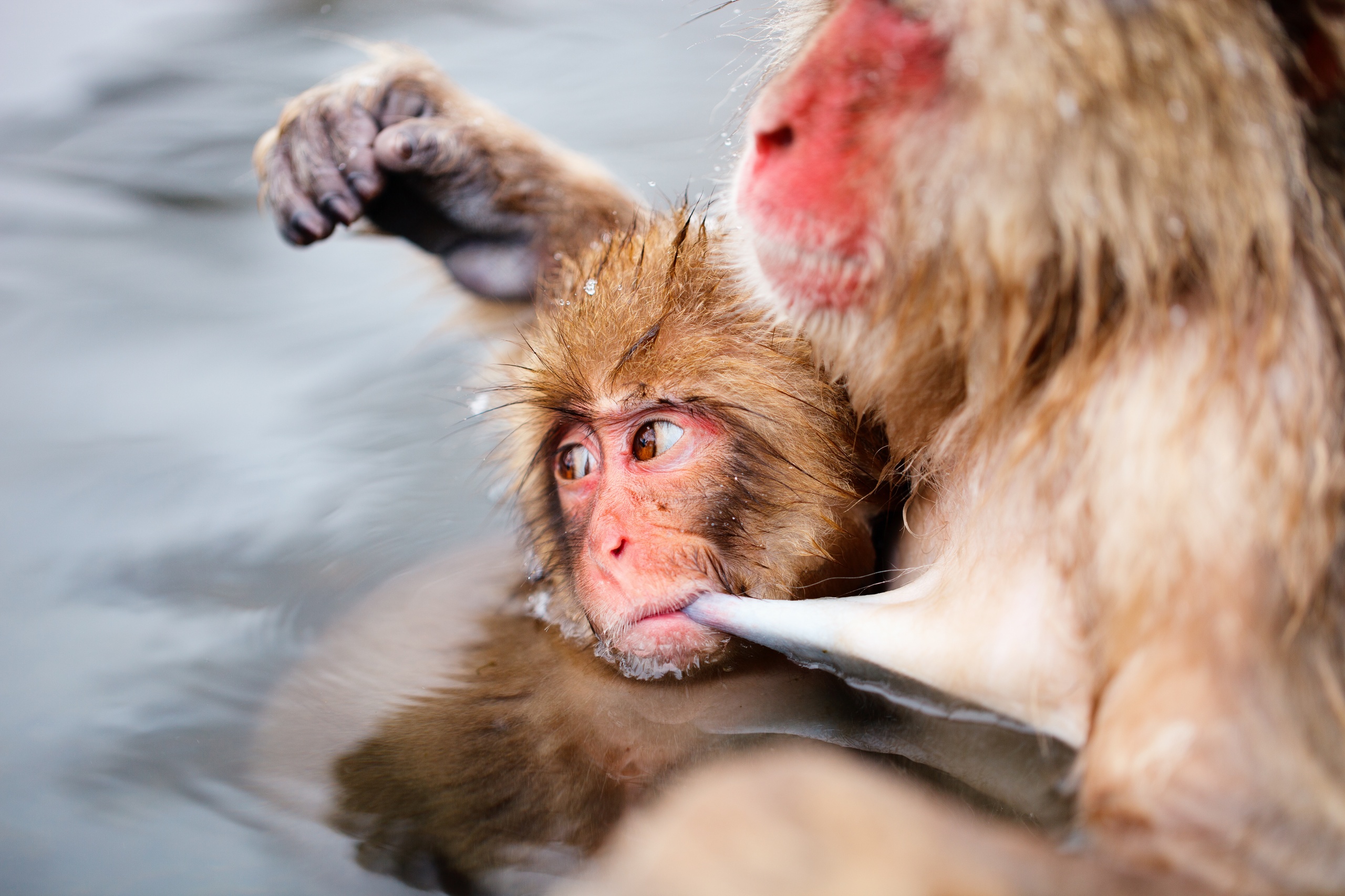 The parenting hypothesis posits that first-time moms (moms who haven’t given birth) will allonurse unrelated offspring as a means by which to gain experience and skill for when the “real thing” occurs.

This kind of behaviour is observed in many primate species, such as Japanese macaques, in which both related and unrelated females will suckle newborns.

If a female is pregnant for the first time and she’s in her last few months before giving birth, she is likely to be providing milk to allonursing infants just because her body is able to make it.

However, in many other cases, pre-birth females are not providing milk to newborns while they suckle.

This could mean that the female is either “fooling” the newborns into suckling so that they can gain practice, or that there is some kind of comfort and calming benefit afforded to juveniles by the suckling process.

The parenting hypothesis could also apply to inexperienced females that spontaneously lactate without reproducing, or to females that have lost a pup or litter due to extenuating circumstances.

The likelihood of a young juvenile obtaining comfort via suckling is high throughout the mammalian class, and it is certainly demonstrated in our own species as well.

This is termed the soothing hypothesis.

In primates like tufted capuchins, allosuckling is generally used by non-lactating females to soothe fussing newborns.

A similar trend has been shown in African elephants, where the main function of allosuckling is to provide comfort to stressed infants and is primarily performed by nulliparious females who are unlikely to have milk in their teats.

Since the soothing function of suckling is common across mammals, allowing troubled infants to do so can have benefits that extend to the entire group. Stable social groups rely on the continuous efforts of members in many ways, and soothing infants is most certainly a way in which non-breeding females can maintain positivity and peace in group function.