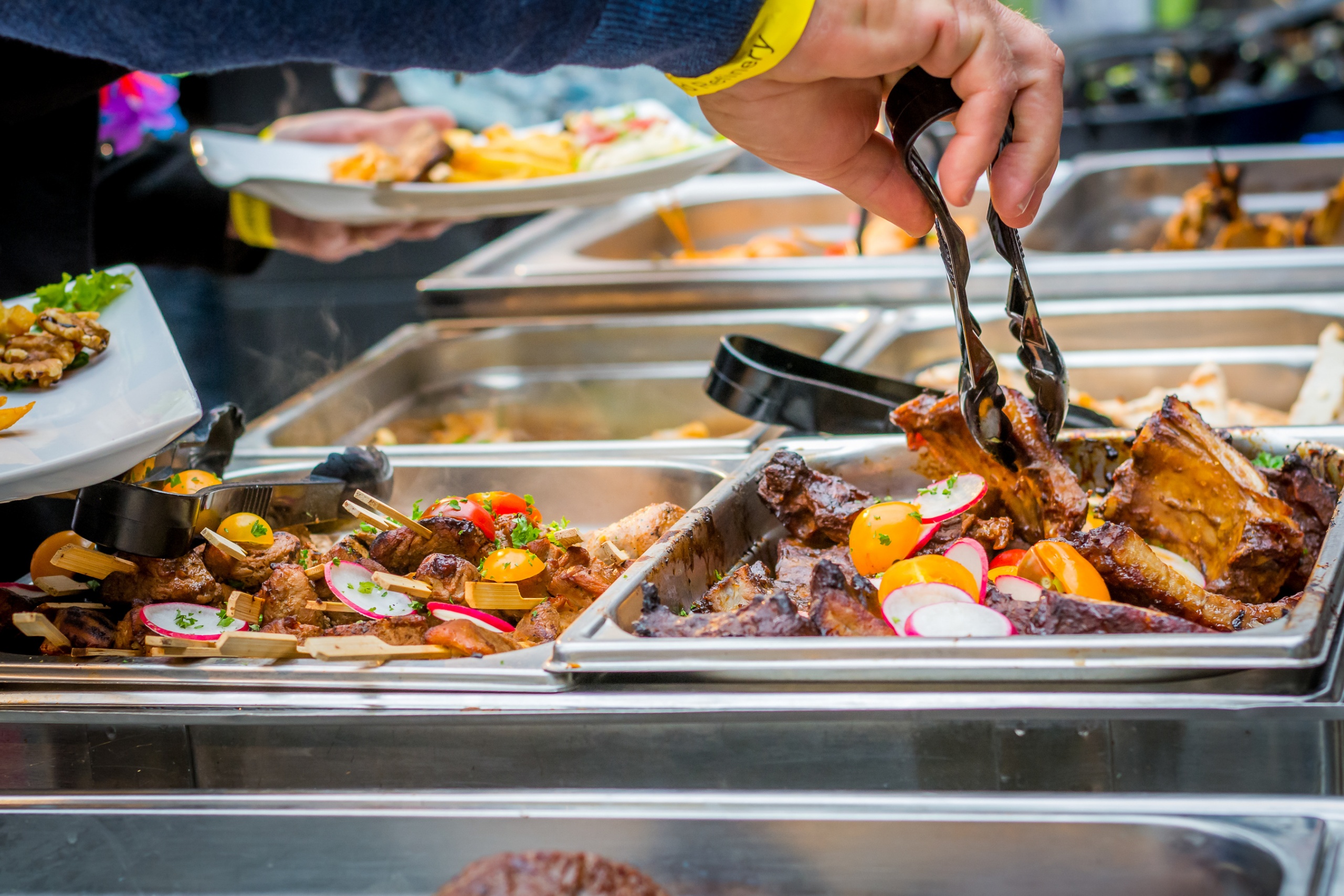 Optimal foraging theory predicts that when there is intense competition for preferred resources, organisms should increase their diet breadth to include other less optimal items.

In this way, biological fitness is maximized by striking a balance between obtaining food and the amount of time and energy required to do so.

I am in complete agreement with optimal foraging theory on this one. I’m not a huge fan of the all-you-can-eat buffet. It’s the equivalent of a feeding trough for humans. I don’t like the crowding; I don’t like the line-up of people at the prime-rib station, drooling as their cut of meat is hefted onto their heaped up plates.

If I had the place all to myself, I would be more inclined to hit the hot ticket items, but when it’s busy and the best parts have been completely picked over, it’s probably best to explore the other available options.

A field full of flowering plants can be thought of as an all-you-can-eat buffet for pollinating organisms.

A variety of insects such as butterflies and bees can feast on a plethora of plants, and the plants are only too happy to share their health-giving qualities. After all, when a plant contributes to pollinators, its species will be pollinated, which leads to reproductive success.

Many plants have evolved specialized coloration, form, and scent in order to make themselves more attractive to potential pollinators, not entirely unlike the garnishes, scents, and presentations of the food spread out at our buffets.

But what happens when the natural buffet becomes crowded? Do pollinators wait in line for their chance at the hot-ticket flowers or do they follow the tenets of foraging theory and forage for something less exciting?

Laboratory experiments were conducted to assess the food choices made by the common bumblebee (Bombus terrestris) in crowded and uncrowded environments.

Artificial plant communities were created with a wide variety of species that included both highly rewarding and poorly rewarding types of food plants.

Individually marked bees were followed in two situations, one with only one other conspecific (organism belonging to the same species) present, for low density, or with six conspecifics present, for high density.

The number of visits made by the marked bees to each type of plant was recorded in each situation.

True to the predictions of optimal foraging theory, the diet breadth of individual bumblebees was increased when the buffet was crowded.

Interestingly, the diet of the bees was most specialized when the buffet was not crowded – in that case only high-quality foods were selected.

Although this may be an optimal situation for the individual bee, it doesn’t help to maintain diversity in the items available at the buffet. In this context, an increased level of competition may actually work to preserve the biodiversity of the plant community by forcing unpopular plant species to be pollinated along with popular ones.

Many plant-pollinator interactions are opportunistic, meaning that the interactions can vary at different times and places, which has the effect of maintaining the integrity of the system.

It may be advantageous for a certain pollinating insect to feed on a particular food type at a specific time, but that insect maintains the ability to select other food sources if necessary.

The key is to have the diversity to be able to withstand temporary changes in conditions. When something like mad cow disease causes the popularity of prime rib to take a nose dive, the buffet must be able to compensate by continuing to offer a variety of other foods.

Like bees, individual humans might be inclined to indulge in a single hot-ticket item if such an opportunity exists, but this strategy isn’t optimal for the overall maintenance of the buffet, natural or otherwise.

In addition, it isn’t optimal for maximizing biological fitness, because organisms should be able to compensate for uncontrollable changes to their food supply. If the ability to do this is lost, the quest to obtain adequate nutrition becomes a lot more difficult.