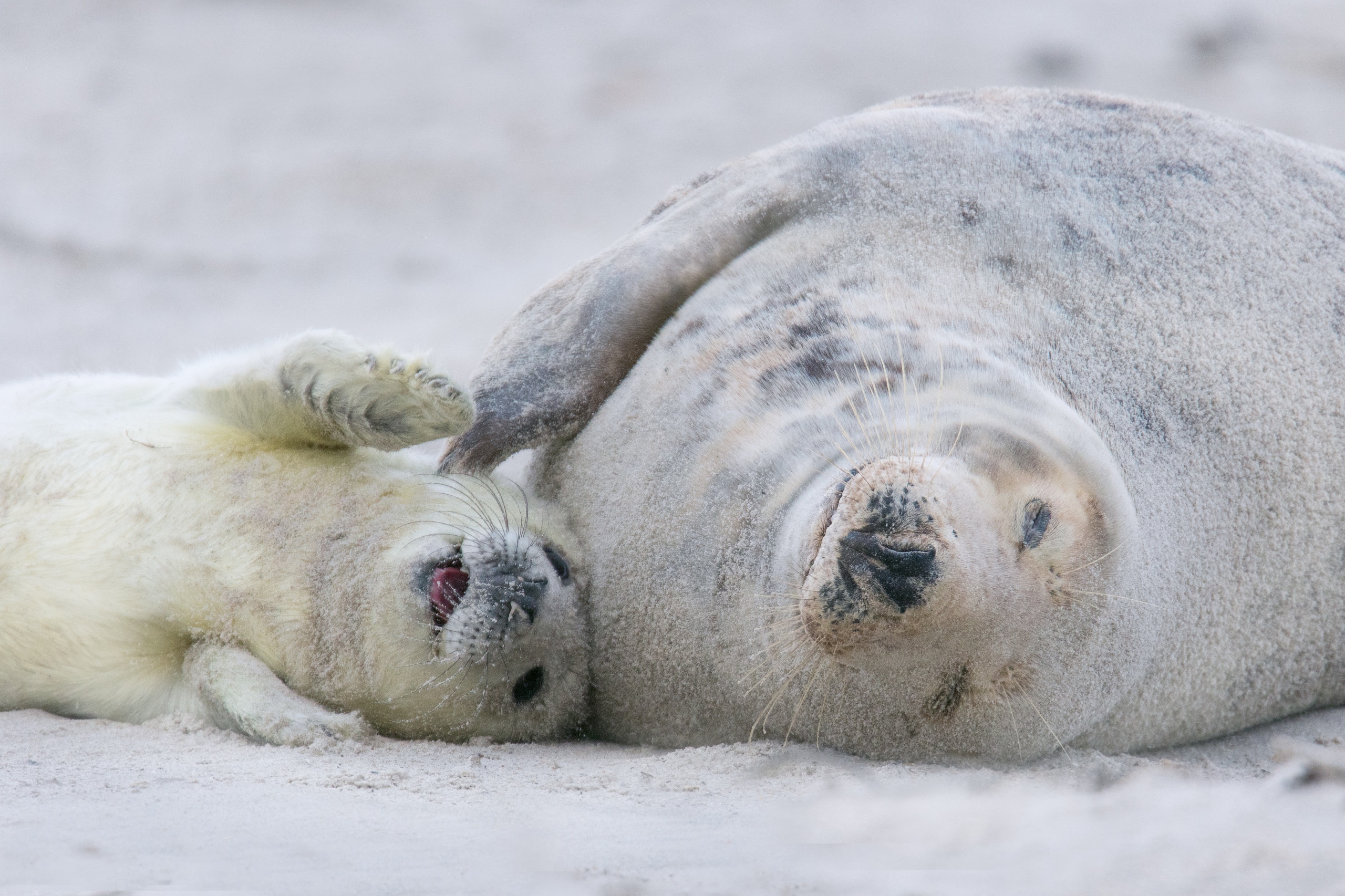 Obligately diapausing mothers experience a period of embryonic inactivity each time a pregnancy occurs. Regardless of environmental conditions, there is a programmed pause in embryonic development for every embryo, and the duration of the pause varies according to the species.

Photoperiod (day length) is often associated with obligate diapause, as this is a specific and defined cue that impacts many aspects of animal physiology.

Pinnipeds, including seals and sea lions, are widely dispersed in their aquatic habitats for much of the year, although they have very well-defined breeding seasons. Mothers give birth in large rookeries at approximately the same time as each other despite variation in the timing of copulation and conception in the wild.

Evolutionarily, it’s tremendously advantageous for all pinniped offspring to be born in synch and to have them reach independence at a similar time. This overwhelms the predator populations (since the predators cannot possibly kill and eat all the pups that are available), which increases the chances of survival for any one pup.

Predation is an unfortunate and normal part of existence for pinnipeds, but embryonic diapause helps mothers maximize the chances of survival for their offspring.

Other well-studied carnivore systems of embryonic diapause are skunk and mink. Skunks mate in the autumn, and embryos enter a 200-day diapause before reanimating. Mom skunks give birth in the late spring when their offspring have the best chance at survival. Coincidence? Not quite.

Mink breed in early- to mid-March, and embryos undergo just a brief diapause prior to being birthed just over a month later. Unlike the mouse blastocysts that space out evenly during diapause, the mink blastocysts remain in a cluster near the anterior portion of the mother’s uterus. Once they have been reanimated, the blastocysts space themselves out more evenly for further development.

For both the skunk and the mink, it’s the advent of the vernal equinox that provides the initial cues to the females physiology to bring the dormant embryos back to life and resume normal development.

For the red fox, reproductive delays associated with embryonic diapause are only observed over parts of the species range, which indicates flexibility in the ability of mothers to partake in it.

It would be a very interesting experiment to transplant females between diapausing and non-diapausing populations to see what happens as a result.