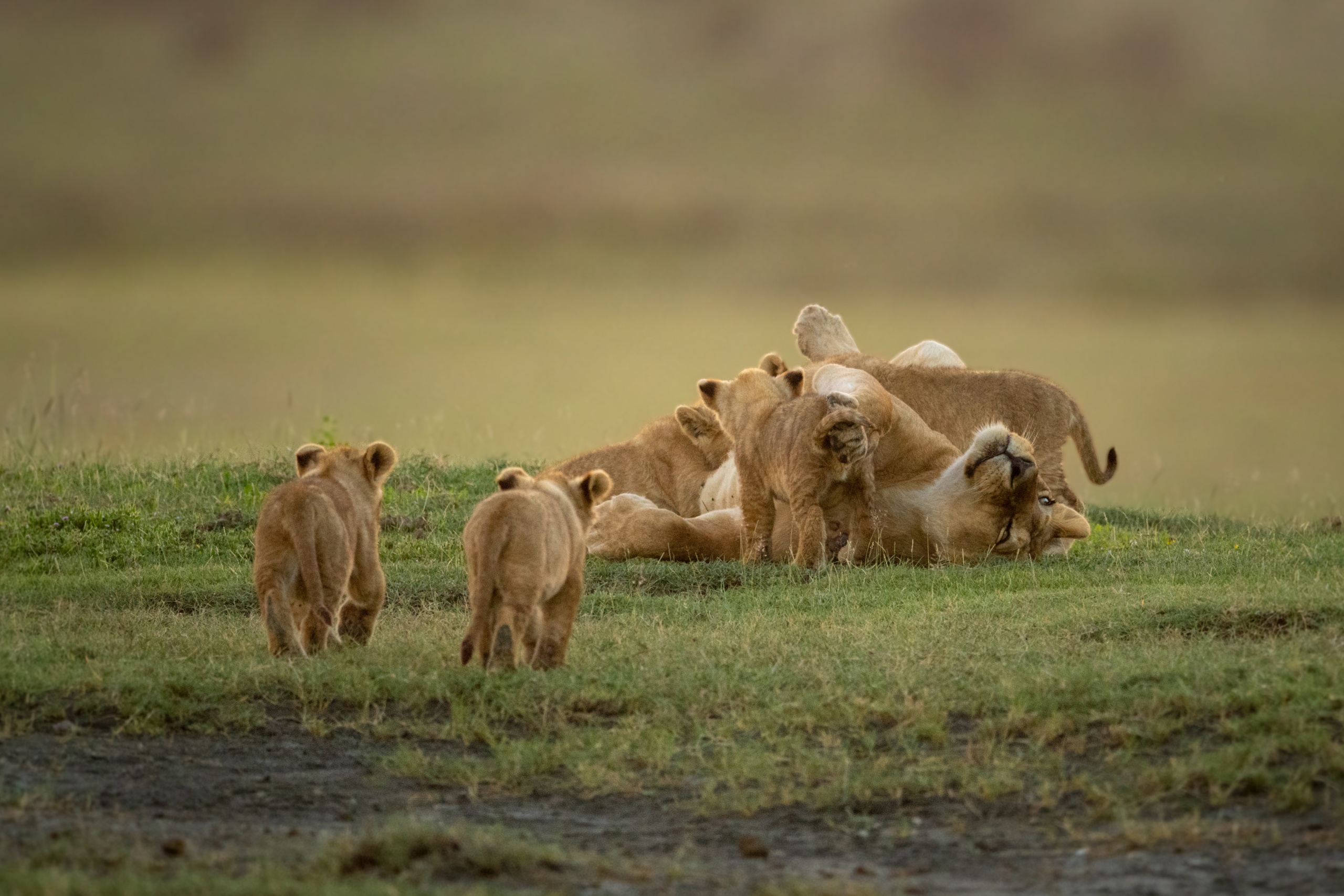 First-time moms may be more likely to allonurse newborns that don’t belong to them because they lack the experience and knowledge of multiparous or older moms.

This situation is described by the misdirected care hypothesis, and it’s seen in both monotocous and polytocous species.

In polytocous species living in groups, the costs of making an allonursing mistake are not exceedingly high. When there are many newborns to contend with at any given time, there is less individual attention for each.

Allonursing is more common in polytocous species, and it can be initiated according to the kin selection and reciprocal hypotheses, or it can be due to a simple case of mistaken identity.

The benefits of living in a group – reduced predation threat, high genetic diversity, and overall higher level of offspring survival – far outweigh the costs of occasionally getting it wrong.

Comparative modeling across all mammalian species shows that for a given mass, all females produce the same amount of offspring mass.

This highlights the discrepancy between the costs of allonursing in both systems.

A polytocous mom is only giving 10% of her effort to each of ten pups (or whatever percentage, based on the number of pups she has), meaning that if she happens to accidentally allonurse another pup, it’s not a huge loss for any one pup individually since each one was only getting 10% in the first place.

However, if the monotocous mom accidentally allonursed an alien offspring, her own offspring would surely notice any kind of decrease from the 100% of mom’s care in monotocous species especially high, and we would therefore expect these females to quickly learn how to discern their own offspring from others.

In other monotocous mammals that breed in groups, there could be a certain tolerance of allonursing infants if all moms in the group are acting in a similar fashion (kin selection hypothesis or reciprocity hypothesis). If each individual mother is spending a similar amount of energy on unrelated pups, then one would expect this behaviour to be sustained and promote both peaceful function and group cohesion.

Indeed this kind of situation is observed in some groups of giraffes, camels, and reindeer, although it is very difficult to distinguish maternal tolerance from potential milk theft.