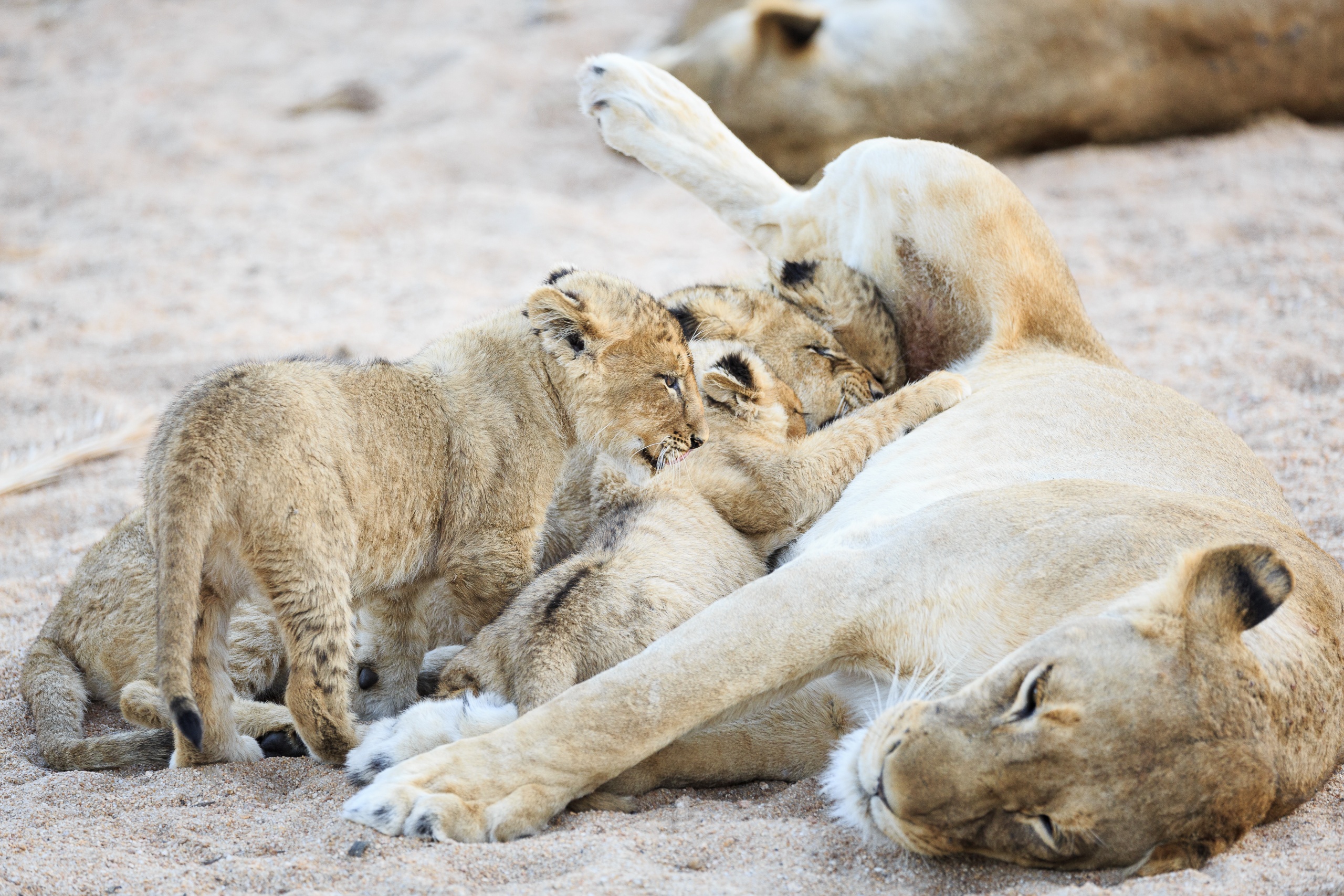 Among the most supported hypotheses for milk sharing between females is the kin selection hypothesis.

This states that mothers are more likely to share these expensive resources with the offspring of close relatives.

One’s overall inclusive fitness can be increased by providing sustenance to related newborns.

This kind of action is observable in collective breeders like meerkats and mongooses, in which many of the females providing the allonursing service are doing so for the offspring of their dominant mother; hence feeding their sisters and brothers.

Even non-reproductive females of several species spontaneously lactate and feed related young when the situations present.

The related social benefit hypothesis is limited to situations in which a significant gain in social standing can be derived from suckling someone else’s offspring.

In cooperatively breeding groups, there is often a discrete social hierarchy to which most members adhere.

There are both singular (where only one mother reproduces and creates all the babies for a given group) or plural (where two or more females in a cooperative group are reproductive) cooperative breeding groups.

It is unlikely that the high-ranking females return the favour.

Instead, allonursing provides a way for low-ranking females to show their subordinate status and presumably gain the social favour of those higher on the social scale.

In other group-living situations, such as those of African and Indian elephants, more than one female may be reproductive without the existence of such a notable hierarchy. Such societies are matrilineal, with mothers, sisters, and offspring forming tight-knit groups.

Instead of there being specific ranks, these units function as mini-close-knit families of females without the influence of their male partners who live in solitude or in small bachelor pods.

Within these all-female groups, the newborns may feed from any of the lactating females, although the bulk of their nutrition comes from their own mothers.

In addition to providing several modes by which the juveniles in the group can gain sustenance, allonursing each other’s offspring also facilitates the formation of strong and lasting bonds between group members.

Similar group-living scenarios are observed in many carnivorous species like lions, where females keep their young together and nurse reciprocally.

There is usually a high level of relatedness between adult females in these groups, although they differ in composition from elephant groups in that males are part of the picture as well.