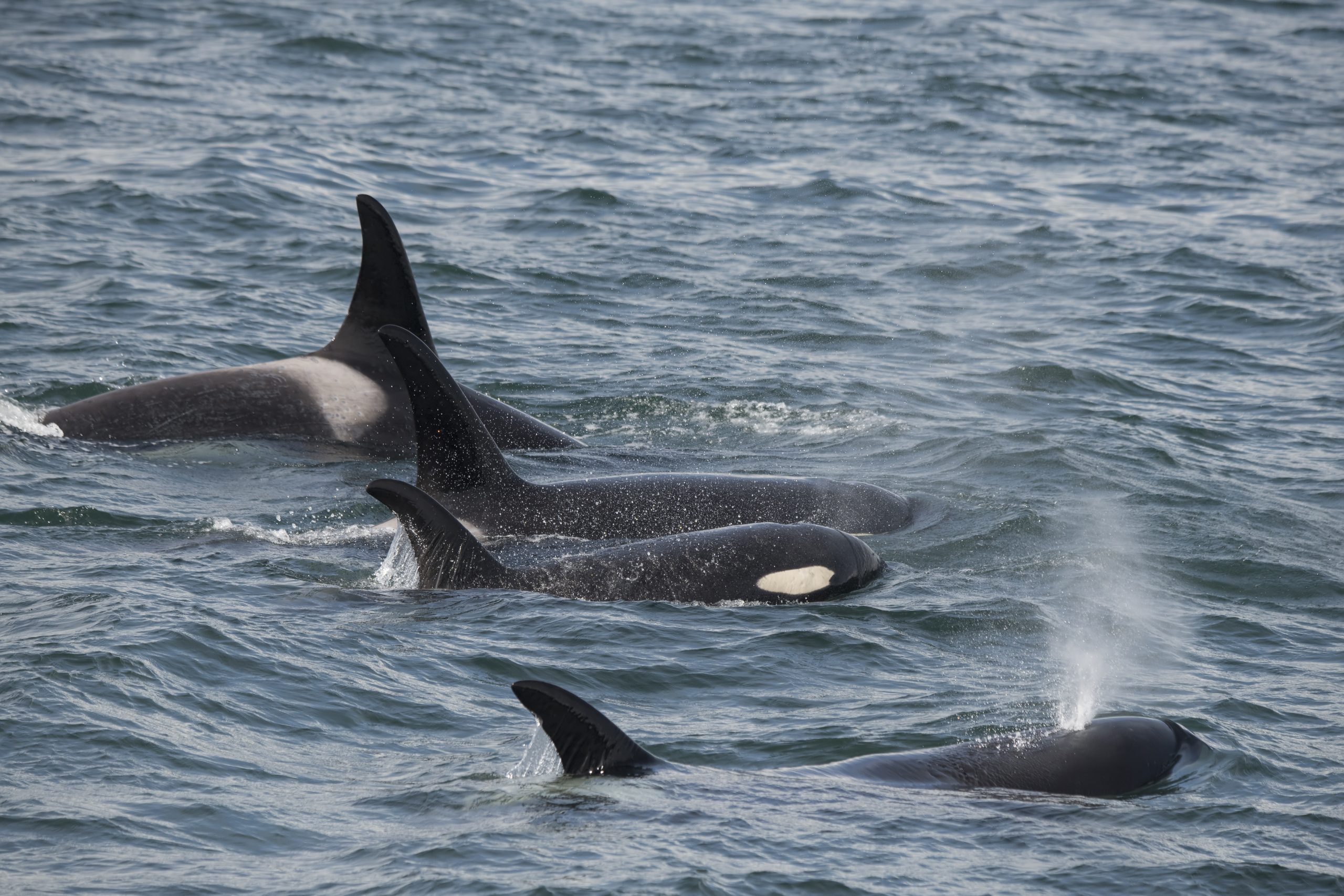 The only other group of animals that experiences menopause to the extent that humans do is the toothed whale.

Short-finned pilot whale and ecotype resident killer whale females can live to the age of ninety; however, they lose their ability to reproduce at approximately the mid-point of their lives in much the same way that humans do.

For killer whale females, 95% of their own lifetime fecundity has been accomplished by the time they are thirty-nine years old. The way that these orca societies are formed is unique – and quite distinct from most mammalian populations.

Killer whales live in matriarchal groups, and both male and female offspring remain with the group until their deaths.

There are different matriarchal groups that maintain frequent contact with one another; these are called pods.

This ecological setup is quite unusual in comparison to most other mammals; in most cases, once offspring reach sexual maturity, either the males or the females split off from the natal group.

When one sex disperses like this, it helps the entire population to avoid inbreeding as well as to minimize reproductive competition between members of the same sex.

The reproductive conflict hypothesis suggests that the cost of competition between mothers and their adult children (of the non-dispersing sex) is an important consideration when mothers and daughters remain in the same social unit and potentially compete for mating opportunities.

However, this isn’t the case for orcas, even though all offspring of both sexes remain in one group.

Killer whale groups exhibit something called exogamy when it comes to mating. Mature males and females temporarily leave to find a mating partner; they mate and then both subsequently return to their natal groups.

Overall what this means is that adult females bring more “work” to the entire group (especially for grandma, who plays a leadership role) in the form of that calf that will remain with the group for the duration of its life and require a great deal of care.

The new calves do represent an increase in the biological fitness for grandmothers who are a quarter related to their grand-offspring, but there are strings attached there in terms of increased labour.

Adult males also do their part to increase a grandmother’s collective fitness; however, she doesn’t have to do any additional work for it because her son’s calves will be raised in another pod with help by a different grandma.

Bottom line translation: adult sons are the best bet for grandmothers to increase their biological fitness because grandmothers don’t need to do any additional work for it.

This is reflected in the amount of help afforded to a matriarch’s adult sons versus her adult daughters.

How Do Killer Whale Grandmothers Help?

The kind of help provided by killer whale grandmothers can take many forms, from group defense and communication to finding and obtaining enough food.

There is accumulating evidence that the cultural knowledge passed on by elders is also a very important means by which younger group members learn how and where to forage.

The ecological knowledge that is shared by the elder matriarchs about food sources, especially during times of resource patchiness or environmental stochasticity, is critically important for the success of the entire group.

The main food resource for resident orca populations is salmon, and female elders easily have a wider body of knowledge about how and where to find them when times are difficult.

Another fact that promotes grandma’s ability to help is that orcas are a food-sharing species, a rarity in the animal kingdom. Individual whales could easily consume whole salmon for themselves, but they do not.

Fish are broken up and shared between individuals at all times, and so salmon represents both a food source and a means by which to solidify group cohesion.

Does the provision of cultural knowledge help explain why grandmothering evolved in these whale groups? There is a great deal of evidence to suggest that a female can continue to bolster her own biological fitness in indirect ways through leading her group and provisioning her adult children.

Such assistance is especially helpful and important during periods of resource shortage and stress.

Postreproductive females that act as key repositories of environmental and social information can be seen as a kind of buffer for specific pods against unpredictable environmental hardships.

The opportunities for a given female to do this increase as she ages, because as older pod members die off, they will be replaced by her own (non-dispersing) adult sons and daughters.