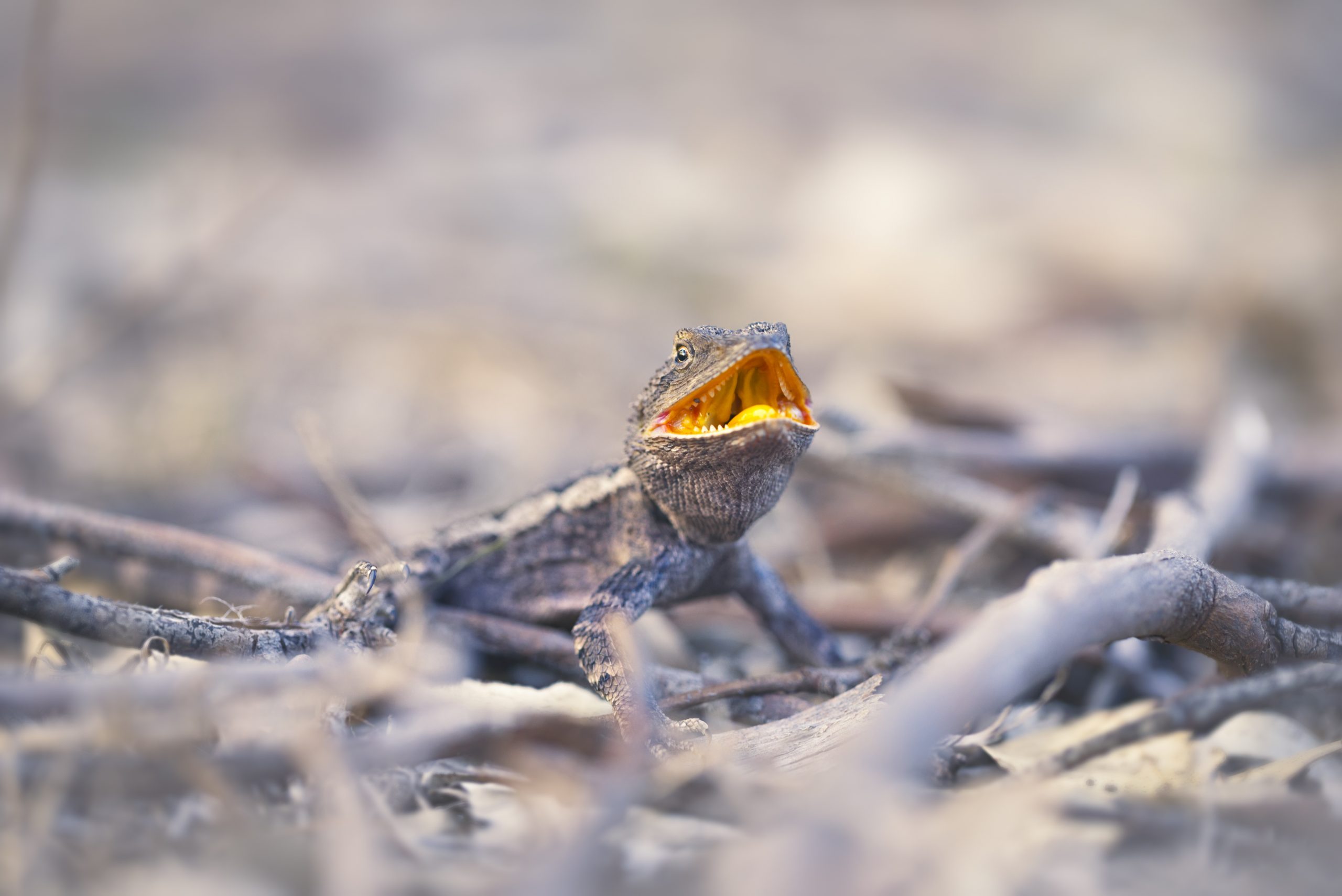 Environmental variation can wreak havoc on animals that use auditory signals to find mates.

Ever tried to carry on a conversation with a potential mate in a noisy nightclub? Have you had much success in legitimate communication with deafening music and background chatter? I didn’t think so.

Imagine the struggles faced by animals that depend on communication via mating vocalizations against noisy backdrops.

Even the most basic environmental perturbations can have profound effects on the ability of boys to get messages to girls.

Indeed, this kind of phenomenon is aptly termed the Cocktail Party Problem and has been an area of research in human sociology for many decades.

Several animal species have developed reliable mechanisms to highlight the sexual signal from environmental noise; however, not all sound pollution is created equally.

Natural landscapes can be a veritable symphony, although animals have evolved in the context of natural noises of the ecosystems around them. Anthropogenic (man-made) noise in urban landscapes is a much more recent phenomenon, and it is a major barrier to effective communication.

Several species of urban birds change song frequency, volume, timing, or duration of their mating songs so that they can reach females against a backdrop of traffic, industry, and other kinds of urban buzz.

Unfortunately, such adjustments are not always successful. In noisy urban habitats, it is not uncommon for more males to remain unpaired during the breeding season – a simple matter of not being able to find an appropriate partner over the commotion of a city habitat.

Indeed, there are few species that realize an overall increase in reproductive success in metropolitan areas. Those that are successful experience a completely different set of selective pressures than those in natural habitats, which can ultimately lead to the evolution of new species.

Similarly, grasshopper males in roadside (noisy) habitats produce different courtship songs to their counterparts in rural areas. They do this so as to be heard over the constant noise of the traffic, and the signals here are composed of a significantly higher frequency maximum than in quieter areas.

Grasshoppers from environments with different noise levels are on their way to becoming separate species.

It’s far from easy to grab the attention of a potential female mate in a noisy nightclub, but things could be worse. Imagine trying to put your best courtship foot forward while riding a roller coaster. Environmental background noise can take many forms other than sound.

Lizards that inhabit (and court females from) their positions on long grasses can find themselves exposed to strong winds that move the vegetation in unpredictable ways, making courtship an exercise in being sexy in conditions that are dangerous and downright nauseating.

What’s a head-bobbing, dewlap-inflating lizard bachelor supposed to do to woo a female against a backdrop of dramatic swooping grass?

Jacky lizards in Australia (Amphibolurus muyricatus) directly respond to changes in wind patterns by increasing the period over which signalling takes place.

Even if you are a strong biological contender with an honest mating signal, the environment can be your Achilles’ heel when it comes to scoring a mate.

This post is an adapted excerpt from my book “Wild Sex: The Science of Mating in the Animal Kingdom“