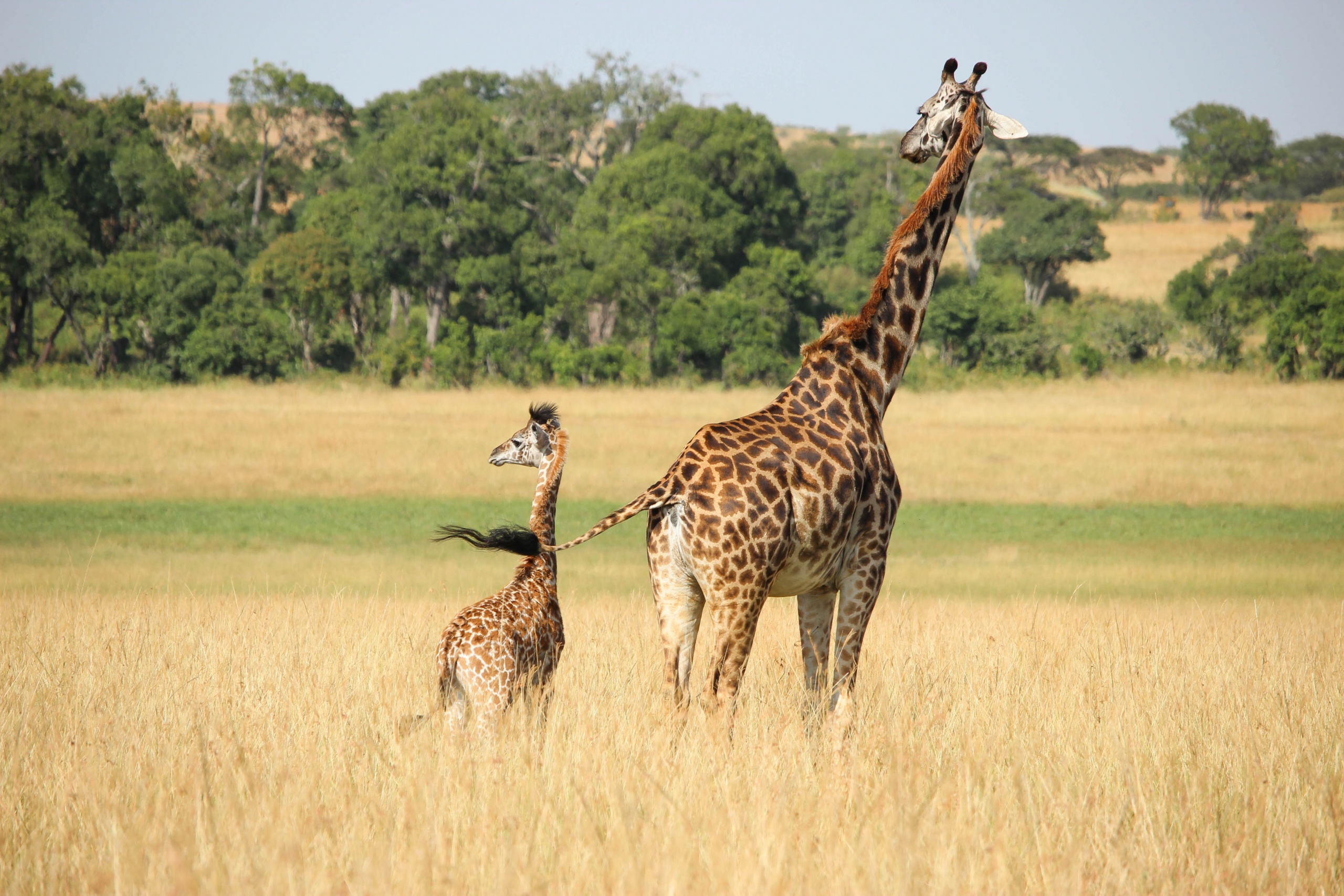 Giraffe moms form strong bonds with their calves. They remain in close contact for the first 12-16 months of their lives. Moms only leave their calves briefly, while they are well hidden, to procure food and water for them.

Giraffe moms tend to remain close to their deceased infants for an extended period postmortem. However, dead bodies do not sit around for long before scavenging mammals and birds show up.

In one case where a female’s calf was fatally attacked by lions, the mother remained close to the kill site, approximately 650 feet away. She watched the lions consuming her calf while she sniffed the ground. She remained on site for four days before moving away.

In another case, a calf that had apparently died of natural causes was closely guarded by its mom. On the morning that it died, the mom was accompanied by 16 other females, all of whom stood watch around the body. Some females nudged the carcass or sniffed it. By the afternoon, there were 23 adult females and 4 juveniles accompanying the mourning mom at the body. Although the number of accompanying females eventually decreased to zero, the mom remained with her calf until the fourth day, when the carcass had been completely consumed by scavengers.

At the Soysambu Conservancy in Kenya, a series of observations was made of a female and her calf that had been born with a physical malformation of one of its hind legs. The calf remained alive for one month, during which time the mother was never further than twenty meters away from it. The calf was unable to walk properly and required direct provisioning from its mom. After the calf died, the mother and baby were surrounded by 17 female giraffes who appeared agitated and extremely vigilant. The mother repeatedly inspected the calf, smelled it, and nudged it. Although the bulk of female visitors moved on within two days, the mother remained with her calf for an additional two days, during which time she continued to inspect the corpse.

These three examples show that mother giraffes have a clear idea about death. The fact that they remain steadfastly at the side of their dying or dead calves is a testament to the strong emotional bonds they have with them.

The supportive gatherings are attended only by females. Males always keep their distance from the deceased calves, not associating with them or with the gathered females around the calf’s mother.

During these mourning phases, none of the giraffe moms were observed eating. This indicates a period of fasting accompanies the death of a calf.

Perhaps that kind of thing goes without saying. What mother would possibly feel hungry at a time like this? Adult female giraffes generally consume approximately 75 pounds of food per day. Not eating for four days represents quite a massive amount of lost energy.