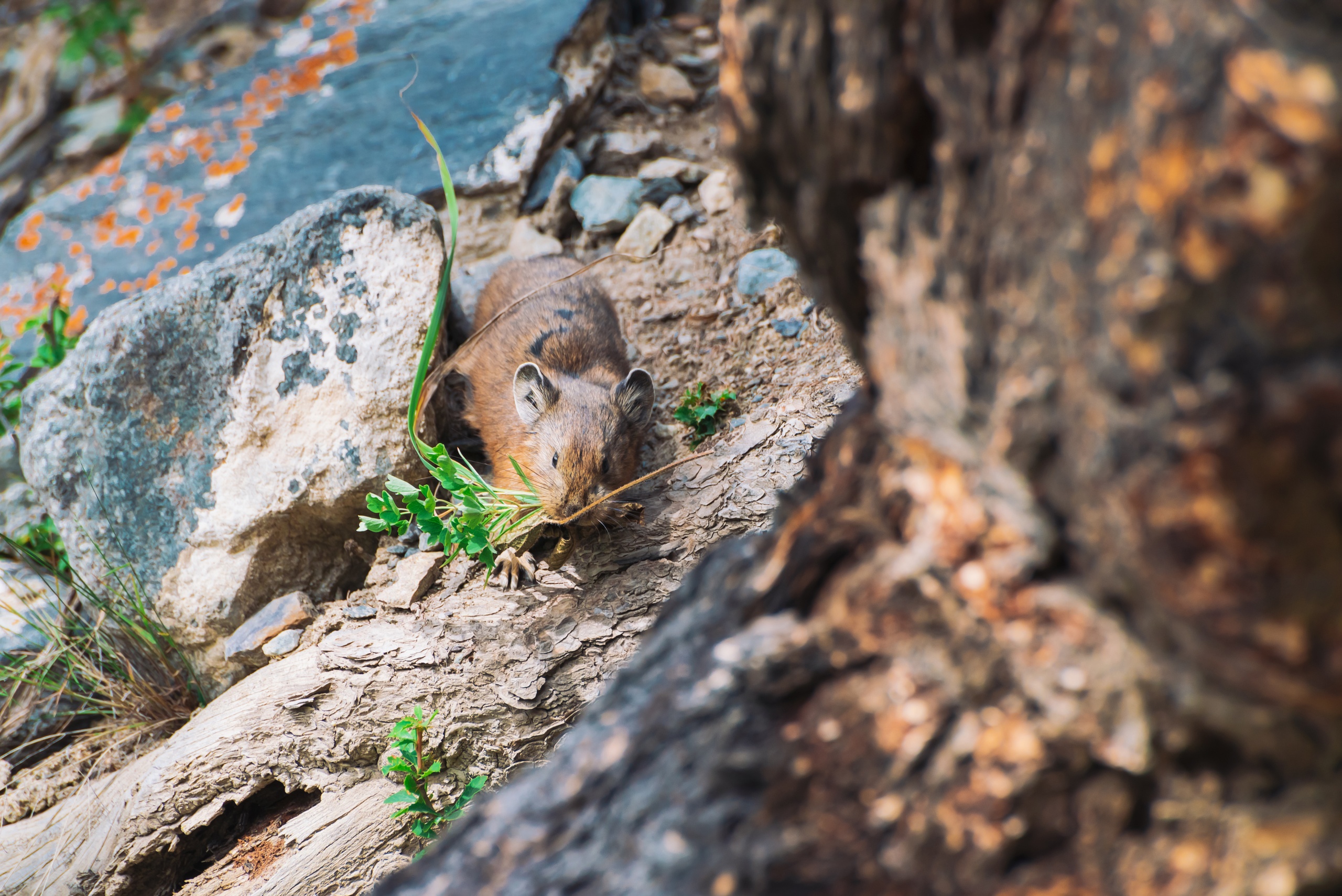 Most foods that humans eat are altered in some way before we consume them. Our species has developed elaborate ways in which to change the properties of our foodstuffs.

Why don’t we just forage around like the rest of the animal kingdom?

Homo sapiens are blissfully unaware that the majority of foods available to organisms in a natural setting come with a large cost in terms of energy loss, risk of injury, or poisoning.

What’s a hungry herbivore going to do in order to survive?

Certainly not stop in at the nearest salad bar and grab a plateful of already cleaned, already cut up, readily available veggies.

Obligate herbivores face daily challenged from chemically defended foods, and several of them have come up with strategies to cope with food that bites back.

After all, when you’ve been dealt the evolutionary card of vegetarianism, you must come up with ways to make your food work for you. It may not be enough to achieve a five-star rating by human standards, but the act of meal preparation in some species is unmistakable.

Beavers (Castor canadensis) increase the palatability of the bark they ingest by leaching it out in the water for several days.

There are harmful chemical compounds called phenolics in the bark, so a form of pretreatment is imperative. The beavers create a digestible food product by using the power of the water to draw the poisons out.

It has been shown that the phenolic content of bark and twigs can be reduced by up to 80 per cent using a leaching method such as this.

North American pikas (Ochotona pinceps), small members of the rabbit family, have developed alternative ways to deal with the natural toxins in their grass-based diet.

They create food piles, called haystacks, to eat from during the winter months when food is scarce.

The benefits of storing grasses in haystacks during the winter are many. First, the long storage period gives the toxins in the plants time to break down. By the time the pika consumes the plant, the toxins are at an acceptably low level.

Second, these smart little bunnies have been known to add leaves with antibacterial properties to the haystacks, and these are thought to act as a preservative through the winter.

In addition to allowing for the breakdown of toxins, they are ensuring the vitality of their food rations by protecting them from invasion by microorganisms.

Like their vegetarian cousins, carnivores must often manipulate their prey in order to remove unpalatable components. In some cases they do this with a finesse that is far beyond just eating around the tough bits.

After capturing cuttlefish, dolphins (Tursiops aduncus) off the south coast of Australia have been observed to undergo a complex set of behaviours in order to prepare their meal.

Cuttlefish (Sepia apama) are a cephalopod species closely related to squid; they have an ink sac as well as an internal hardened shell (cuttlebone). Dolphins have been observed preparing them for consumption by releasing the ink, which contains a high concentration of the pigment melanin and other noxious compounds that are hard on the digestive system, and carefully extracting the cuttlebone in one piece, allowing for more efficient ingestion and digestion.

At a rudimentary level, it is clear that a diverse array of animals in the natural world possess the ability to prepare food for ingestion.

In the animal kingdom, preparing meals by making foodstuffs more palatable and safer to ingest is directly related to improving biological fitness.

In our species, on the other hand, meal preparation can do the opposite, such as taking nutritious potatoes and deep-frying them, making them harmful instead of healthful.

One culinary fad that hit the Homo sapiens world is both novel and innovative: the Raw Food Diet takes the preparation out of meal preparation and focuses on whole and natural foods. I wonder who came up with such an original concept?