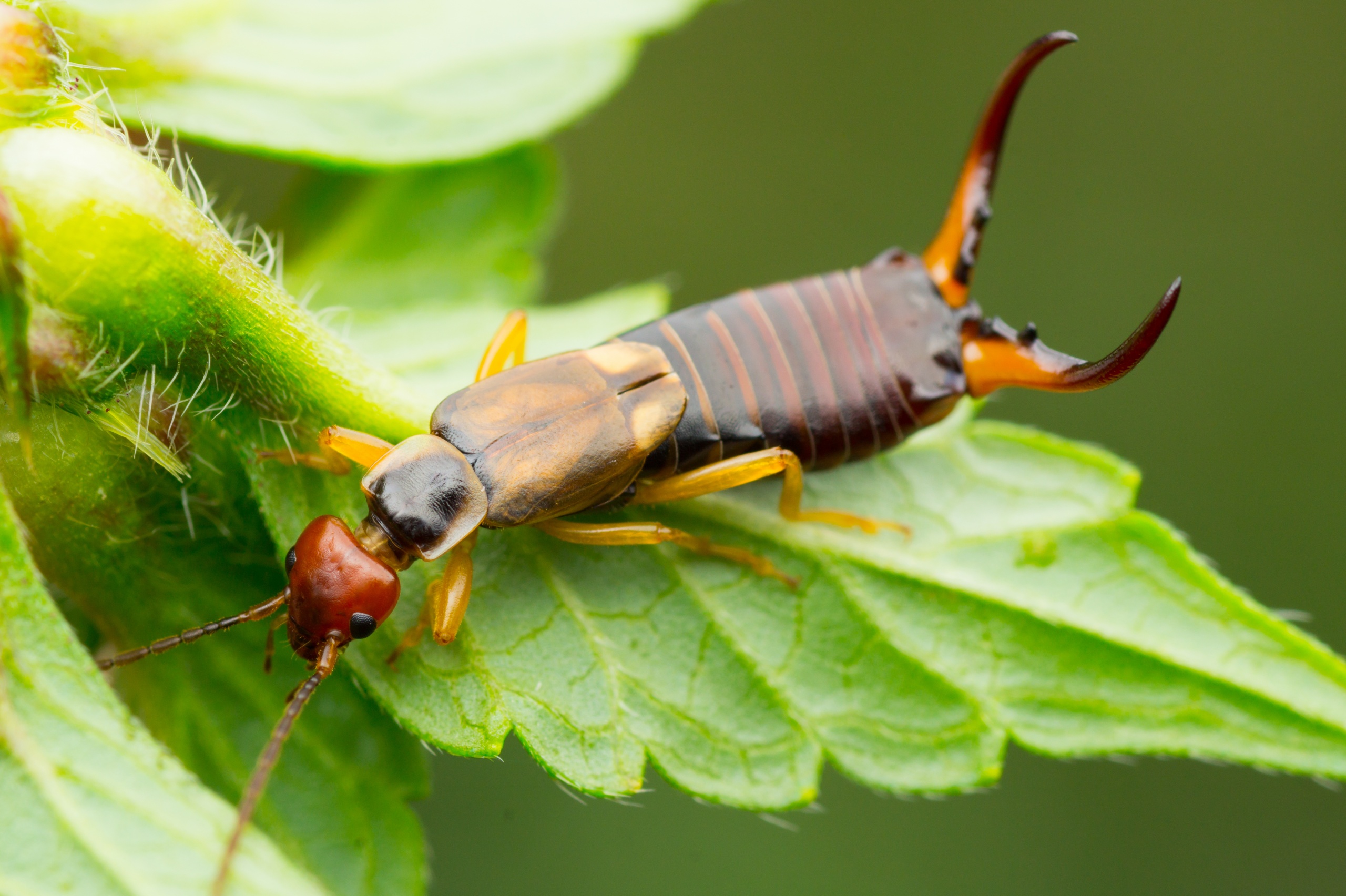 In some of the more simplistic cases of cryptic female choice, females prove unable to discern a good mate from a bad one during pre-coital activities.

In many insects it’s extremely difficult to tell a male from a female, much less distinguish between a high-quality male partner and a low-quality one.

There isn’t a whole lot of “getting to know you” time prior to the copulatory event.

In the insect world there are no long walks and coffee dates.

Earwigs (insects in the order Dermaptera) usually mate in small dark crevasses that make it difficult to discern the quality of a mating partner prior to commencing copulation.

In addition, the male’s forceps, his main weapon for competing with other males, are engaged during sex and are therefore unavailable for use.

This means that smaller, weaker males have the ability to interrupt the coital activities of larger males.

Indeed, the rate of interruption of eawig sex is quite high, and females may have a difficult time discerning which male is the highest quality based solely on the outcomes of sex interruption and male combat.

In this case, post-copulatory processes become important for the female in order to maximize her biological fitness.

In red flour beetles (Tribolium castaneium), where both males and females mate promiscuously and frequently, the extent of cryptic female choice has been more clearly established.

Males deposit their sperm-package (spermatophore) on the female’s body and females control its uptake and storage.

Females possess a complex sperm-storage structure that allows them to cache sperm for several months.

As with many invertebrate species, in flour beetles there is a distinctive “last male” advantage.

This means that the last male to make a deposit to her sperm bank tends to be the one with the highest paternity of the resulting offspring.

Sperm can be stratified, or stacked in the female’s spermatheca such that the last sperm in is the first sperm out (hence, the last male advantage).

However, females can mitigate this by consistently re-mating.

This will allow her to expel the sperm of previous (lower-quality) suitors and refill with sperm of a higher-quality male.

Overall, it makes sense for a female to initially mate indiscriminately – just to ensure that all her eggs will be fertilized. From here, she should select suitors of higher quality to create offspring with the best possible genetic makeup.

When females are experimentally mated to low-quality males, the resulting broods have a mixed genetic paternity. This indicates that the females utilize some of their stored sperm to compensate for the fact that their mating partners were sub-standard.

When females are mated with a high-quality male, the resulting broods are almost exclusively his genetic offspring. This indicates an intricate and astonishing control of females on sperm selection.