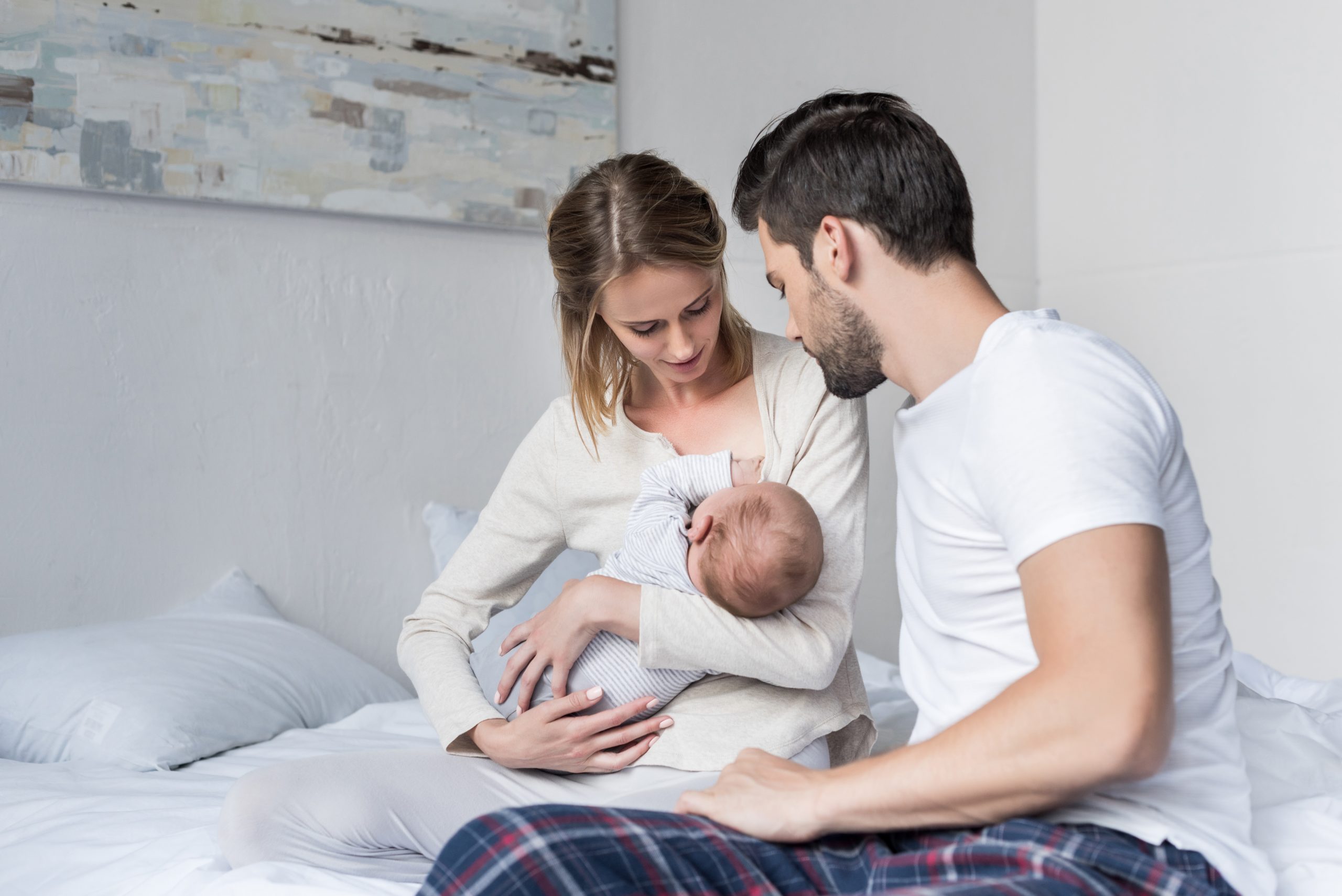 It is physiologically possible for males to lactate!

As we know, the female investment in almost all animals is much higher than that of males based solely on the value of eggs versus sperm. However, in mammals we’ve been dealt a double whammy when it comes to infant care. Not only do females have to gestate embryos within their own bodies, they then become the sole providers of nutritious food for newborns in the form of milk.

The fact that male investment is particularly low is generally attributable to a lack of certainty over their paternity. Genetic monogamy in the animal kingdom is rare – exceedingly so for mammals.

In addition, since females are physiologically unable to desert a developing offspring, it naturally follows that males should always seek to maximize their own biological fitness by impregnating others rather than sticking around to help out where he cannot be much use anyway.

For the most part, it’s simple: females do the child rearing and lactating.

However, the beauty of biology is that there are always exceptions to every rule.

In fact, male and female nipples in humans and other primates are virtually identical until sexual maturity and its associated hormonal changes.

It is not actually the pregnancy and childbirth that facilitate the process of lactation in primates. Milk production is stimulated by hormonal changes, specifically surges in prolactin that occur in the body.

Such increases can be stimulated in a female body that has not experienced a pregnancy, through artificial means or through suckling and nipple stimulation.

Interestingly, male mammals also experience surges in prolactin both spontaneously and through manual nipple stimulation. This certainly piques my interest about the possibility that in some future world we may be able to apply some kind of prolactin patch to fathers of newborns and allow them the joy of feeding their own babies.

In the present world, however, there appear to be at least a few male mammals that are actively lactating and providing this nutrition to their newborns.

Although their nipples are smaller and contain less keratin than those of females, they have the ability to express milk to nourish young pups. These bat species are quite elusive and not much is known about their general biology and ecology, but this represents a truly fascinating prospect about the evolution of lactation in male mammals. In organisms with a high level of paternity certainty and genetic monogamy, it makes sense that males would evolve to be able to invest to a larger extent in the well-being of their direct descendants.