Can Animal Moms Get Postpartum Depression?

Can Animal Moms Get Postpartum Depression? 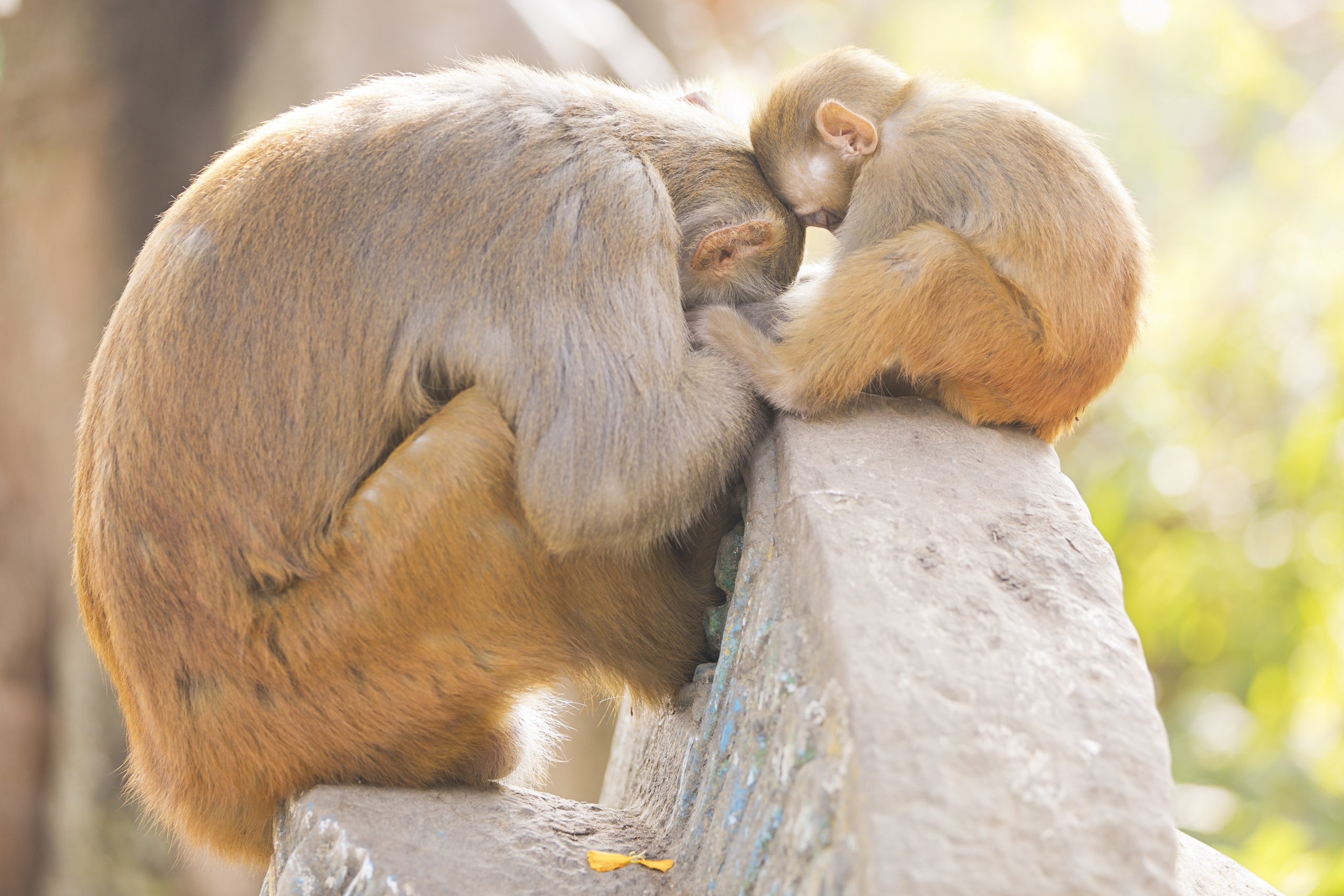 Although it’s impossible to simply ask another primate mom to explain how they are feeling and whether they may be depressed, we can infer that yes, animal moms are vulnerable to the effects of PPD. By examining behaviours and levels of stress hormones, we can get an idea of how other moms handle difficult postpartum situations.

For many primates, their unfortunate predicament of being in captivity is something that causes them a great deal of stress. This can manifest in bouts of depression and result in child abuse.

The pathology of depressive behaviours observed in female olive baboons, for example, is astonishingly similar to those experienced by human moms. Depressive baboon-mom behaviours include:

Scratching is observed in several primates during periods of high anxiety, and is possibly an unconscious behaviour that results from stress. In both captive and wild populations of macaques, the scratching behaviour of females increases during the breeding season and also during periods of group stress or danger.

Whether in the wild or in captivity, the process of giving birth can be a stressful experience for females, and this stress is often quantified through monitoring the prevalence of self-scratching.

Individual baboons that exhibit signs of stress during pregnancy or experience stressful conditions or circumstances during pregnancy are more likely to have their stress symptoms exacerbated after giving birth. This indicates that certain individuals – baboons or humans – are more likely than others to experience symptoms of postpartum depression.

How Infants Are Affected

In a behavioural study that compared the maternal behaviour of depressed mothers to that of “normal” mothers, biologists found that depressed mothers were more likely to hold their infants for longer periods of time but to breastfeed them less.

Those infants of depressed mothers who were held for much longer periods grew into children and then adults who exhibited greater fear responses and were less able to cope with stress.

High cortisol levels are associated with this predicament. This suggests that having a depressed mother can lead to long-term consequences in offspring.

Non-depressed macaque moms spend greater periods of time engaging with their infants by grooming and playing, which is associated with the formation of social skills in the offspring. This is another area where the infants of depressed mothers lose out on the acquisition of important social and physical experiences.

The Negative Cycle of PPD

It’s perhaps implicitly obvious that depressed mothers, human or otherwise, are not in a psychological state to be as “good” as mothers who are not depressed. This is a negative and self-perpetuating cycle, as mothers can observe others around them who are potentially either doing it better or enjoying it more.

In addition to having immediate negative effects on the mother, PPD can have negative impacts on the relationship between the mother and her new offspring, as well as the physical and social development of the latter. For any primate female, this must reflect poorly on self-esteem, which feeds into a greater level of depression and then an even lower level of maternal care.

Most of the 300 primate species exhibit exclusive maternal care of offspring, meaning that dad doesn’t provide direct care to infants. This is a massive responsibility, especially for the many species of Old World monkeys and apes that not only birth and exclusively care for their newborns, but also feed them breastmilk for a year or more. That there is no help for depressed primate moms (in the form of pharmaceuticals, anyway) means that they either raise infants in the best way that they can, or seek support from female conspecifics.

This post is an adapted excerpt from my book “Wild Moms: Motherhood In The Animal Kingdom“