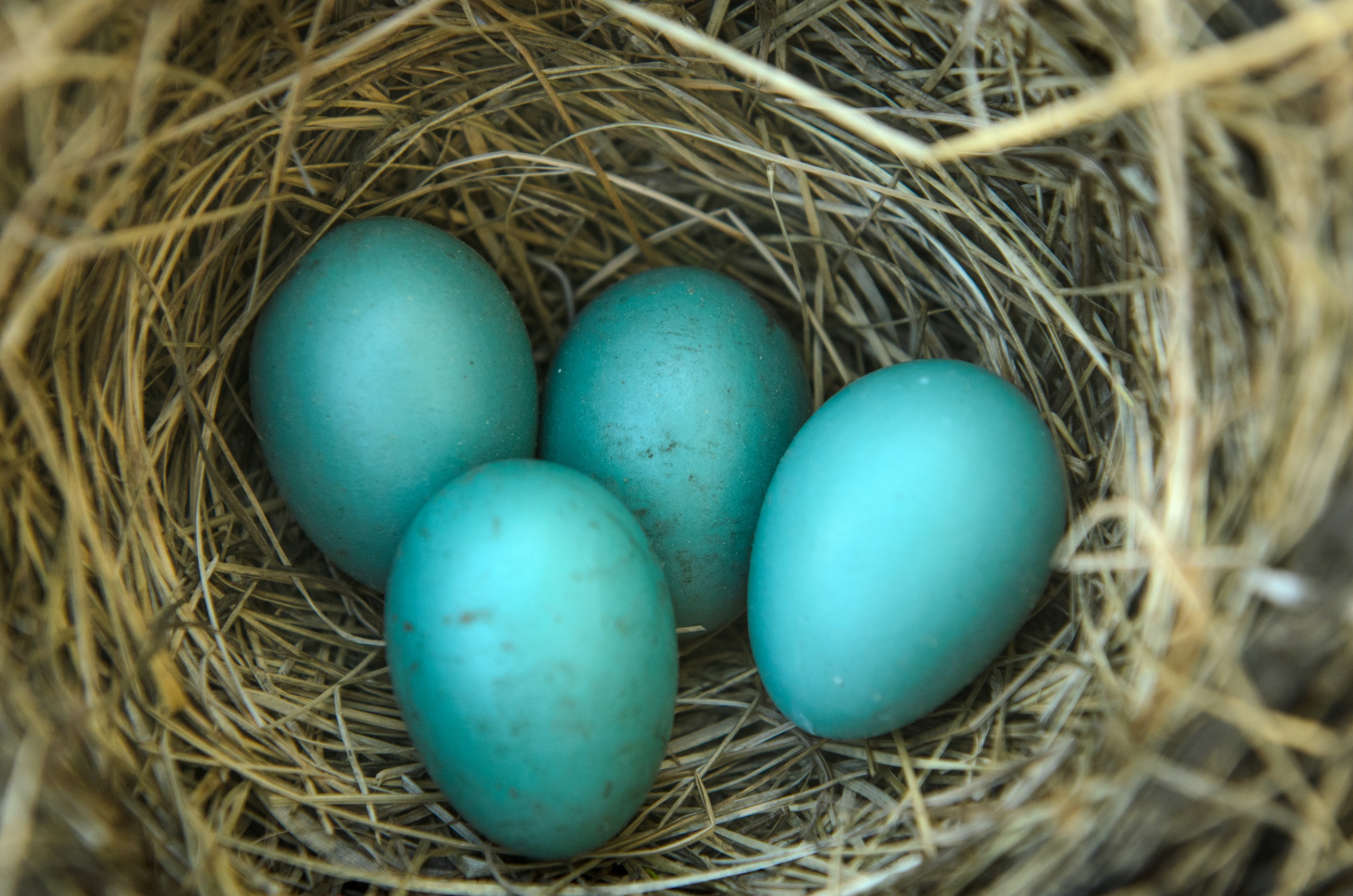 Mother birds are able to alter the unique properties of their eggs based on the identity of the father. Paternal quality can play a huge role in a mother’s investment in his eggs.

After all, not all male partners were created equally, and there is a myriad of ways in which females discern their most appropriate partner.

The mating systems employed in the bird world are diverse and include varying levels of paternal care and investment.

When females have mated with a high-quality male, they are more likely to provision their eggs to reflect it.

This is beautifully demonstrated by a study of blue-footed booby moms whose egg-laying was (rudely) interrupted by biologists interested in the nature of maternal investment and male quality.

In this species, the sexually selected characteristic is the bright, blue-green feet of the male. This is a fluid characteristic that is a reliable indicator of a male’s health and viability, as well as a signal of his overall level of potential for paternal care.

Since females generally lay two or three eggs (each approximately 72 hours after the other), biologists were able to modify a female’s egg provisioning by changing the status of her mating partner during the interval between the first and second eggs.

They did this by painting his bright blue feet a dull gray-brown. This obvious and important change to the “fitness” of her male partner caused the female to lay second eggs that were smaller in size and had a lower antioxidant content. The changes observed during this experiment were significantly different from what would have been normally expected for a second-laid egg, indicating that females are tuned in to the quality level of their mating partners.

For Eurasian reed warblers, it’s all about the song. Females prefer more complex songs from their male partners, and they alter their breeding behaviour and egg investment according to song attractiveness.

Aspects of songs include rate, versatility, song type, or repertoire size can all influence the size of individual eggs as well as the overall number of eggs laid.

The level of testosterone provided to the eggs also varies according to the song characteristics of their fathers. Testosterone has direct physiological effects on muscle development and behavioural effects including an increase in frequency and intensity of begging behaviour.

Lastly, female warblers provision eggs of attractive dads with increased levels of lysozyme, an antimicrobial compound that is costly to produce. Lysozyme provides a protection to developing embryos within the egg and for a short period after hatching. This provides the chick with an increased chance of surviving to adulthood.

Both zebra finch and canary moms increase the androgen content of their eggs when their mate is highly attractive versus when he is not. This boost of androgen has effects that circle back to dad himself.

Increased levels of androgens in eggs have varying results on offspring fitness and behaviour depending on the specific bird species being studied, but, in both these species, the extra androgens play a role in developing more aggressive behaviour.

The most attractive males in a population are often associated with a lower level of parental care, so the extra bump in androgens could be a way for moms to boost the level of begging behaviour in the chicks that may serve to attract their father’s attention.

In this way, an attractive dad equals more androgens, which leads to increased begging effort, which results in the father paying greater attention.

The sexually selected egg-color hypothesis suggests that the hue of blue-green eggs of many avian species may be the result of such a scheme.

The colour is due to a pigmentation from an antioxidant called biliverdin, which signals a superior female condition.

It’s a way of females letting high-quality males know that they are up to the male’s standards and thus the eggs deserve extra attention. This is seen in starlings, robins, and house wrens, which all use aspects of egg coloration to have a positive impact on the level of male care.

Females are thus able to use egg characteristics to manipulate paternal involvement. One can’t help but wonder about the possibilities if women were able to take steps to ensure their male partners would be on the ball for midnight feedings and dirty diaper changes.

This post is an adapted excerpt from my book: “Wild Moms: Motherhood in the Animal Kingdom“