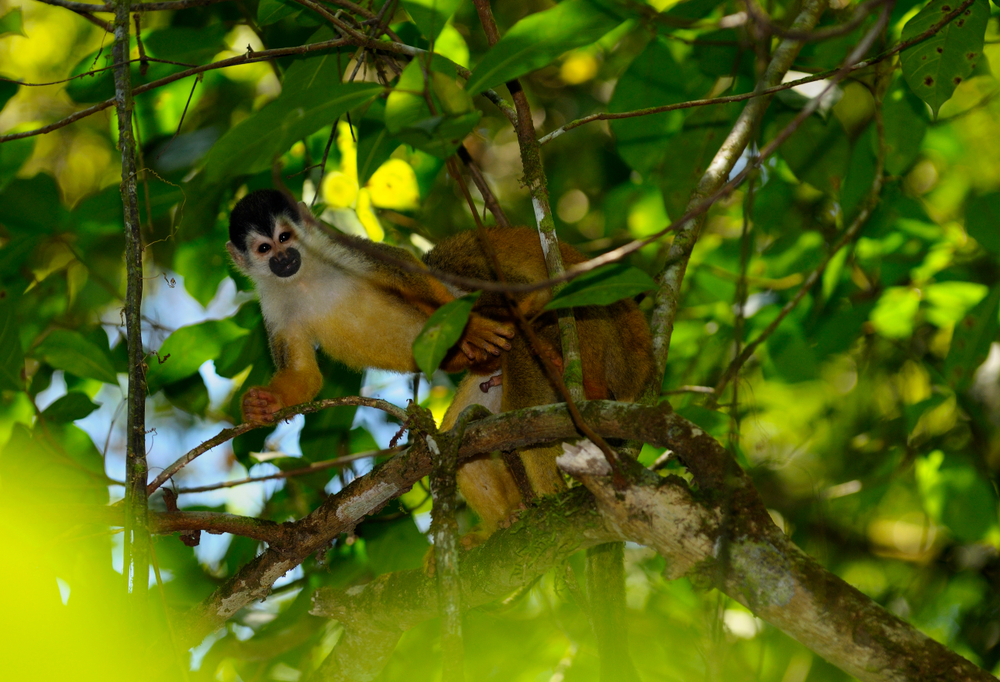 We’ve already examined homosexuality in nature as a way to establish social bonds, practice sex, or just have fun. Although these theories are well-supported with data, there are other evolutionary reasons we see animal homosexuality that don’t fit into those hypotheses.

The intrasexual conflict hypothesis suggests that homosexuality occurs as a byproduct of male:male competitiveness, as seen in male vervet monkeys. They engage in homosexual activities in order to establish and reinforce dominance hierarchies. Submissive males will retract both their testicles and their penis into their bodies as an illustration of heir low status. Dominant males will keep both extended. The dominant males will orient themselves in a perpendicular direction towards the submissives. This displays their erect penis in a show of high-ranking prowess. They will also circle around submissive males and display their ano-genital regions.

Similar dominance sexual routines occur in many primate species. Silvery marmoset males engage in complicated homosexual dominant versus submissive routines that often see the dominant partner displaying an erection. This seems to say “I am allowed to have this, you are not”. Low-ranking males will crawl towards dominant ones, making meek vocalizations and smelling the dominant’s genitals.

A similar routine takes place in squirrel monkeys, although the dominant male will often spurt some urine during the process.

Animal homosexuality may sometimes occur as a way to decrease the biological fitness of their male lovers. This happens in many insect species.

That sounds confusing, but it makes sense in the context of male:male competition.

Receiving males can modify their demeanour in order to manipulate other males into mating with them. This is often accomplished by appearing as females. This kind of pseudo-female behaviour has been observed in several insect groups including termites and fruit flies. It can take the form of female sex pheromones that the males secrete to attract other males.

Mistaken identity may result when a male has previously had sex with a female and retained some of her pheromones. This results in homosexual courtship by other males.

In a few species of anole lizards, subdominant (small) males pose as females so they can sneak into a dominant male’s territory and get close to the females living there. These males also receive copulations from the dominant males. The logical question that comes to mind is “why would a male want to trick another male into having sex with him?”

In addition to reducing aggressive tendencies of dominant males, this kind of homosexual submission distracts aggressive givers from mating with females, which may leave more female mating options open for receiving males if giving males get “spent”.

Essentially, animal homosexuality can sometimes be a way to trick a dominant male into wasting his sperm on a submissive male, instead of on a receptive female. In other cases, receiving males could take advantage of the nuptial gift being provided by giving males, even stealing it for their own nutritional benefit.

PrevPreviousWhat is the Evolutionary Purpose of the Female Orgasm?
NextMale PheromonesNext